If you're starting out in Magic the Gathering, taking in all the rules of how to play MTG can be a little overwhelming. Even if you've played card games before, Magic the Gathering is a colossal CCG, with many rules, mechanics, and a rich lore to go alongside it.

The good news is, MTG: Arena is one of the best card games on PC and once you've brushed up on how to play MTG and got a few games under your belt, you'll be building decks and taking down opponents in no time.

This guide will take you through how to play Magic the Gathering, from the basic rules, game structure, and what kind of decks you can expect to put together based on the cards available. If you need the comprehensive rules for MTG, this handy guide is great to refer to if you have a specific query. For now though, we'll stick to starting out in Magic the Gathering: Arena and everything you need to know before your first match.

In MTG, lands represent your mana pool. You’ll need lands to play cards, as each card has a land cost. You can play only one land per turn. Your lands stack up and can be used once per turn. Lands sit in your deck and make up the 40 cards, so you want to have about 17-18 lands in your deck to make sure you draw enough to play cards. In MTG: Arena, the deck builder recommends the lands and the amount you need based on your deck – pretty handy. Each colour has its own land variant, which you can find below.

Each card will have an associated land cost. You can find this in the top right. It will either be a generic cost (which can be played with any colour lands) or a specific land cost, so it could cost one blue land, for example.

Tapping and untapping cards is a big part of MTG – it’s a way to use a card and there are a couple of ways this works. Visually the card will be turned horizontally if it is tapped, and will be vertical if it is untapped. 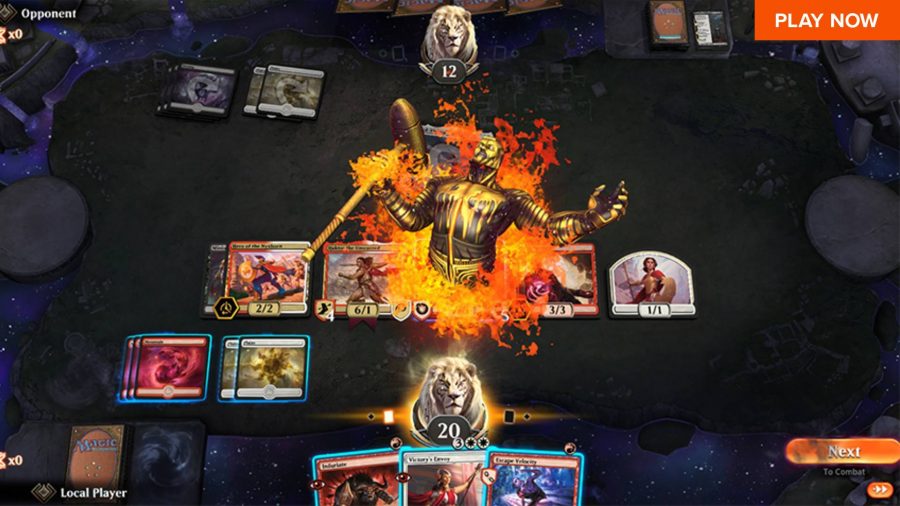 You’ll start a normal match of MTG with 20 health, the game is over when one player reaches 0 health. There’s a lot of toing and froing in MTG, passing from player to player, and although you have your own turn, spells and combat will still need to be resolved by the non-controlling player. There are five main phases per turn in MTG, the order will go a little something like this:

There are three main card piles in Magic the Gathering, and it’s important to know which pile cards belong in as the game progresses. Your library is your deck – this is the pile you’ll draw a card from at the start of each round. The graveyard is where all spent and dead spells/creatures go. They are not exiled yet, so you still might be able to replay them if you have a card that lets you fetch cards from your graveyard. The exile pile is non-existent on the board itself, but it’s the place where cards go when they’re really dead and can’t be replayed back into the game. 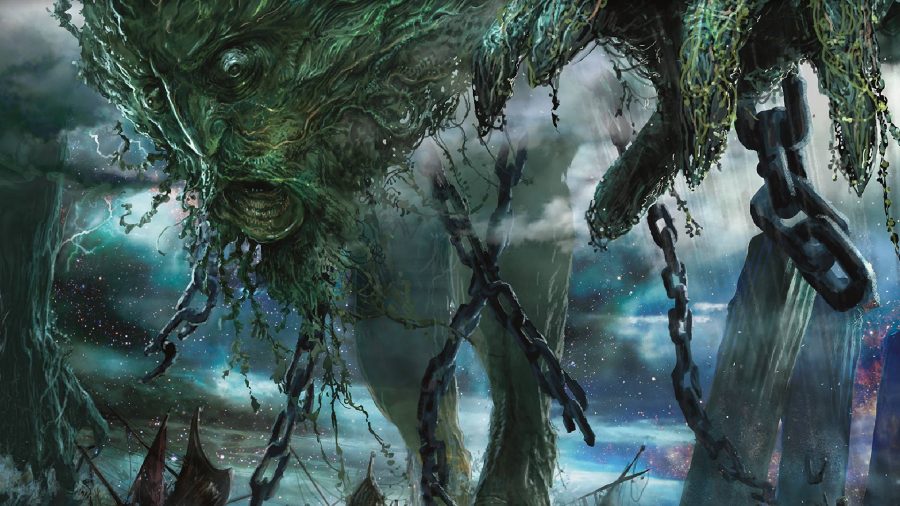 There are five colours in Magic the Gathering and they all have their own flavour, mechanics, and unique playing style. You can have a one colour deck, or combine colours that compliment each other. There are also multicoloured, or gold, cards, where you’ll need two colours to play them, or either one of a colour.

The colour white is all about damage prevention. It’s very defensive, and includes plenty of healing abilities and flying creatures. A white deck features a lot of smaller creatures and enchantments, as well as board clearing cards. White decks focus on peppering the opponent, while maintaining a solid amount of health, with smaller creatures that are buffed using enchantment cards.

The colour blue is good for board control. The cards manipulate the board, casting many spells, drawing cards, and preventing the opponent’s big moves. A blue deck allows you to draw from your library and offers more choice when you’re playing cards, it’s a mix between small stubborn creatures that have abilities that void your opponent’s moves, and large creatures that have board clearing abilities. Blue also has a lot of cards that prevent enemy spells and return spells to the owner’s hand.

Black centers around death and amorality. It’s main mechanics discard cards and then return them back to your hand or battlefield. Black decks sacrifice cards and benefit from having a pool of creatures in the graveyard, by casting spells or gaining buffs based on the quantity in the graveyard. Black decks can also force other players to discard cards, making it one of the more challenging decks to face.

Green has a lot of big creatures and beasts, and is able to prevent and destroy many opponent spells. Green deck creatures tend to have more toughness (health) and are all about withstanding the early game to cause chaos in the late game with high powered beasts.

Red is fiery, and has a lot of damage dealing cards. It’s an aggressive deck full of early game possibilities to take down opponents. Building a red deck provides many early, board clearing cards, but it’s not very defensive, and relies on taking out the opponent before you run out of cards in your hand and exhaust your options. Red decks contain a lot of creatures with haste, meaning creatures enter the battlefield untapped, and are able to attack straight away. 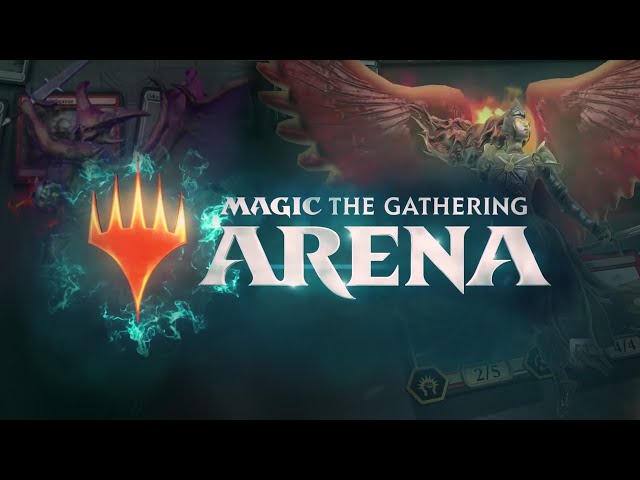 What are planeswalkers in Magic the Gathering?

Planeswalkers in MTG are cards that don’t act as a normal card would. They still count towards your deck, but once they are drawn from the library and played, they sit outside of the battlefield. Planeswalkers have their own health, and this health can be spent on casting special abilities unique to that planeswalker. Once the planeswalkers health hits 0, then it’s off to the graveyard pile. Opponents can choose to attack your planeswalker instead of attacking you, so you’ll need to make sure you have a solid line of defense when playing a planeswalker.

Magic the Gathering is made up of permanents and non-permanents and all cards are referred to as spells (even creature cards). There are five permanents which are land, creature, artifact, enchantment, and planeswalker. There are two non-permanents – instant and sorcery. It’s a handy thing to know, as some cards will talk about ‘permanents’ and have abilities that affect them in some way.

By now you’ve probably seen that every card has text written on it. This text determines what that card can do. Keyword abilities are static abilities, meaning that they are not an action and are always active on that card, unless your opponent plays a card that says otherwise. Our guide to all the MTG keyword abilities can help you understand how they work.

Hopefully now you’re ready to jump into Magic the Gathering: Arena. If you’re all caught up, you can find out what we thought of MTG’s latest expansions with our Ikoria Lair of Behemoths preview, and Theros Beyond Death preview. Magic the Gathering Arena is also free, check out other of the best free PC games on PC.