I have a habit of sticking to my comfort zone in card games. With Magic: The Gathering that’s usually a mix of White, Blue, or Red – decks that maintain board control, scupper the opponent’s big moves, and maintain a solid amount of health while quietly nicking theirs. It’s all very defensive.

Magic: The Gathering’s latest expansion, Theros Beyond Death, pushes me out of that comfort zone. Before I know it, I’m creating decks that previously would have made me slightly nauseous.

I’m talking decks that deplete your health and hand, raising my anxiety alongside the growing graveyard and exile pile. Usually I can’t stand idly by waiting to play chonky green giants, or irritating black spells that have me peeling back the top of my deck and losing cards. Theros Beyond Death changes that, introducing the new keyword Escape and reintroducing Sagas, Devotion, and Constellation – all in keeping with its story of heroes that must rise up and escape their fate. So far it’s one of the most exciting drafts I’ve ever played.

‘Escape’ enables you to pay a certain number of lands to replay a card back onto the battlefield once it has died. There will often be an added incentive to do so, such as the placement of +1/+1 counters if it’s a creature, or drawing a card for a spell. However, it comes at the price of permanently exiling a certain number of cards from your graveyard, which is not great for decks that rely on searching it for lost cards.

‘Constellation’ rewards you each time an enchantment enters the battlefield, such as when drawing a card, gaining double strike, or copying another creature. It is often found on weaker, cheaper cards, making them easy to get out early in the game and reap the rewards. Constellation complements most decks, just as long as you have plenty of enchantments to play – and with new Aura enchantments and cards that search the library to find them, there are some deadly and satisfying combo possibilities. 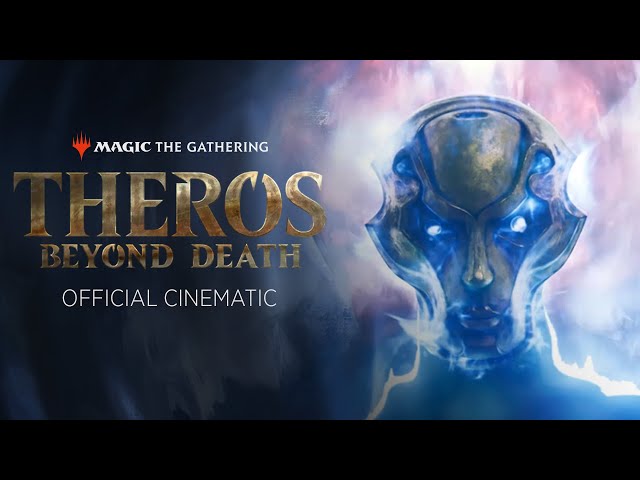 Sagas return to MTG and so far, they seem to be very cost-effective for cards that sit on the board and provide a new action for three or so rounds, although there does seem to be an imbalance between the cheaper Sagas and those that will set you back around five to seven mana.

For example, there are two Blue Saga cards which will either cost two or seven. I couldn’t find a deck that complemented the two-cost Medomai’s Prophecy, not that I tried that hard to, it takes four rounds to reach the final saga ‘Look at the top card of each player’s library’ and even then, I’ve never seen much benefit in that action, unless there’s a handy discard spell to play alongside. However, the seven cost Kiora Bests the Sea God is incredibly powerful, a gift that keeps on giving, with a final power of gaining control of an opponent’s permanent – I just hoped there would be Sagas that sat somewhere inbetween these costs.

‘Devotion’ is the same as the Chroma mechanic that was last seen in the Theros block. Your devotion to a colour equals the amount of colour present on all permanents on the battlefield, so there’s an added benefit to playing decks primarily made up of one colour cost. The Devotion mechanic is found on Demigod cards and does not change the cost of the card itself, but is an ability which usually influences either itself or another creature’s power and toughness. This was especially useful in playing lower cost creature cards that rely on Devotion, working well with nippy zoo decks. 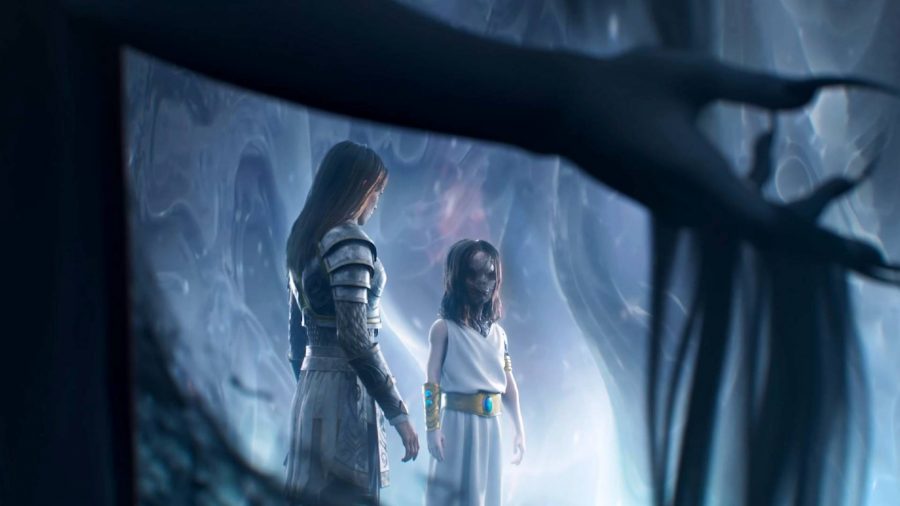 Theros Beyond Death doesn’t just boast new mechanics; there are plenty of new spells that I’ve been slowly chewing my way through. The Green cards are proving to be the most effective so far, with scrappier creature spells pulling their weight until heftier beasts become affordable. Constellation really comes in handy here, with cards such as Setessan Champion running wildly out of control for something that only costs three mana. I had this played against me multiple times in a sealed draft, and the results were always the same – certain death.

Theros Beyond Death also adds a bunch of new Artifacts that you’ll surely want to make room for in your deck. Entrancing Lyre is a personal favourite – it can be tapped to forcibly tap a target creature. It will then remain tapped until you untap Entrancing Lyre, by which point you’ve probably figured out a way to deal it, or unless the opponent can change the affected creature’s power, in which case the spell is broken.

Theros Beyond Death is proving to be more of a challenge than previous expansions, offering unique mechanics that outshine Throne of Eldraine’s Adventure cards and Food Tokens, enabling you to set up plays that swiftly change the course of the game and offering unusual combinations that will challenge you to push your favoured decks in new directions. It’s a courageous, radical expansion that has created edge-of-your-seat games and reignited my sense of adventure in Magic, something that Throne of Eldraine’s Adventure cards never could.

Theros Beyond Death is now live in Magic: The Gathering – Arena, and you can pick up the physical cards for the real-life CCG too.