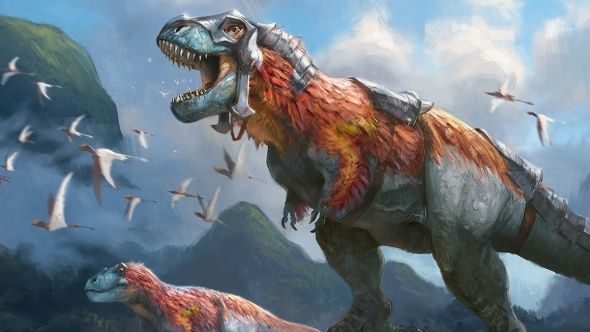 Detailed in a blog post by Chris Clay, it deviates from the formula set by Hearthstone for PC card games. First up, there’s five ways to get cards.

The reason for the Wildcard system, of voucher-like cards, is that there’s no way to dust cards in Magic: The Gathering Arena. The reason given is “if we had used a traditional dusting system, it would have limited our ability to be as generous with card rewards. In addition, we simply didn’t want players to need to constantly evaluate what to destroy. We wanted a path for players to complete their collections.”

This is all being tested in the closed beta and so is very much subject to change. There’s also systems in place to front-load your rewards (such as giving you the biggest rewards for your first win of the day, to reward casual players) and to count up weekly wins for further rewards, if you play a lot.

Given the size of Magic: The Gathering expansions, it makes sense for the game to be giving out more cards than Hearthstone players would expect. You can, of course, also buy packs with real money (using gems) but that system isn’t in the closed beta yet, and all real-money purchases will be refunded to your account if you do buy gems later in the beta when scheduled account wipes occur.

This system is being tested from today, with the Rivals of Ixalan update, just without real-money purchases being available yet.