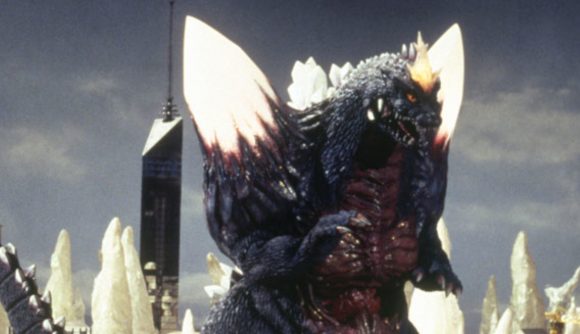 Magic: The Gathering – and thus, MTG Arena – has been forced to pull a card with an extremely unfortunate name from the game: Spacegodzilla, Death Corona. The new Ikoria: Lair of Behemoths set includes a big crossover with Toho’s kaiju franchise, and the villainous monster’s big attack is the ‘corona beam’. That attack was named in a 1994 film, and it just so happens to have returned now, in a 2020 nobody could have predicted.

‘Spacegodzilla, Death Corona’ will ship to stores in the initial printing of the Ikoria set, but all future prints will retitle the card to ‘Spacegodzilla, Void Invader’. The digital MTG Arena will use the latter card title from the start. Magic Online will not distribute the card at all – there, you’ll only be able to get the non-Godzilla-themed variation, Void Beckoner.

In a blog post entitled ‘STATEMENT ON SPACEGODZILLA‘, Wizards of the Coast says “Months ago, when Ikoria: Lair of Behemoths was finalized, the world was a very different place. As we all adjust to a world altered by the spread of COVID-19, the word ‘corona’ has taken on a new meaning.”

As Wizards notes, the card “made sense when it was originally conceived,” but “we were unable to change our printing in time to address the new meaning of corona.” 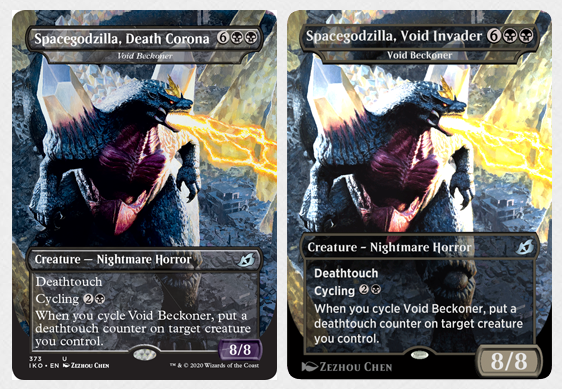 Personally, my heart goes out to the artists forced to deal with this awful – but admittedly funny – coincidence. At least digital card games offer the chance to respond to this sort of thing a bit more quickly.