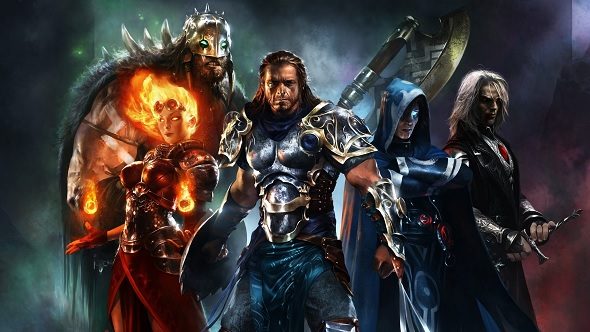 Wizards of the Coast, publishers of Magic: the Gathering and Dungeons and Dragons, have opened a new digital game studio to spin their tabletop properties into some lovely videogames.

The studio will be “reimagining digital versions of Magic and other Wizards games”, says the official announcement.

Wizards’ digital game studio is headed up byJeffrey Steefel, ex vice president of programming and production at Sony Online Entertainment. He also worked as executive producer on Turbine’s Lord of the Rings Online.

Steefel is joined by talent from across the industry, with developers who have worked at Valve, Warner Bros, Activision, BioWare, and more. The Magic: The Gathering Online team are also onboard.

It looks like Wizards will be getting other studios in on the action, too, as they’ve hiredDavid Schwartz – an industry veteran who’s worked at EA, THQ, and more – to set up a publishing team “to explore partnerships and collaborations that will bring Magic and D&D to unexpected settings, genres, and platforms.”

“What would it be like to throw fireballs as a Planeswalker in an MMO, or quest for treasure with your friends in a D&D augmented-reality game?” asks the announcement. “We want to play games like this, too.”