Braving a frozen wasteland is formidable enough, but in Unreal Engine 4-powered survival RPG, Fade to Silence, there’s more than wind chill to contend with. Eldritch monsters roam in number, forcing you to not only fend off vicious attacks but also gather resources and secure outposts to ensure your life doesn’t end with you as a human icicle.

You play as a man called Ash, ironic, given the need for heat in creating any. Navigating a post-apocalyptic environment as you scavenge items and upgrade equipment are the immediate goals, while establishing and maintaining refuges as the voice in your head eats away at your sanity is the overarching one. Oh, and trying not to succumb to blizzards is a bit of a must, too.

Unlike those freak weather occurrences, however, Fade to Silence didn’t just appear from thin air. Made by indie studio Black Forest Games, the talented team responsible for Rogue Stormers and two instalments of the Giana Sisters series, it provides a showcase for the strengths of Unreal Engine 4.

Where were you on March 2, 2015? Black Forest Games technical director Johannes Conradie almost certainly remembers exactly where he was, because it was on this day, during GDC, Epic announced everyone could license UE4 with no upfront cost. This was major news: free access to a complete suite of game development utilities. As you can imagine, it flung the door open to many developers who otherwise wouldn’t have been able to drum up the entry fee. Conradie was one, and building Fade to Silence in UE4 was a no-brainer. 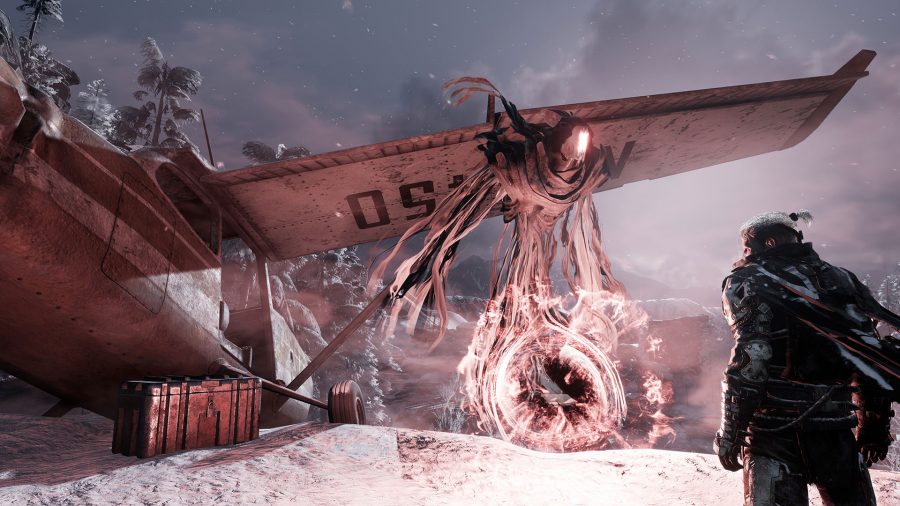 It wasn’t just the low cost that made Epic’s engine so appealing, however. “Another major factor was that in our custom engine we didn’t have an editor pipeline anywhere near as complex and feature-rich as what UE4 provided,” Conradie tells us, “so it provided a good opportunity to solve several problems at the same time.”

World streaming was one such problem. The setting in Fade to Silence is vast, detailed, and most importantly, persistent. That’s no mean feat to pull off, even for the biggest creative hubs. Not only did Black Forest Games have to ensure it loads your world correctly – remembering all the decisions you’ve made and marks you’ve left on it – but that it loads quickly and without any issues. This was a dilemma involving both logistics and performance. The solution Unreal Engine 4 proposes? The World Composition feature. This brings improved support for streaming scenery and graphical assets.

Roam the game for just a few minutes and you’ll see how good the persistent world loading is for yourself, especially given how striking it looks. Snow displacement, in particular, catches the eye. Footprints and trails form realistically in the tundra, giving you an indication of where to find both virgin ground and familiar territory.

“It’s all custom technology which also required quite a bit of modification in the (stock) landscape system,” Conradie explains. “Overall it wasn’t too hard to implement, but it still does require specialized rendering programming knowledge to make truly custom features.” 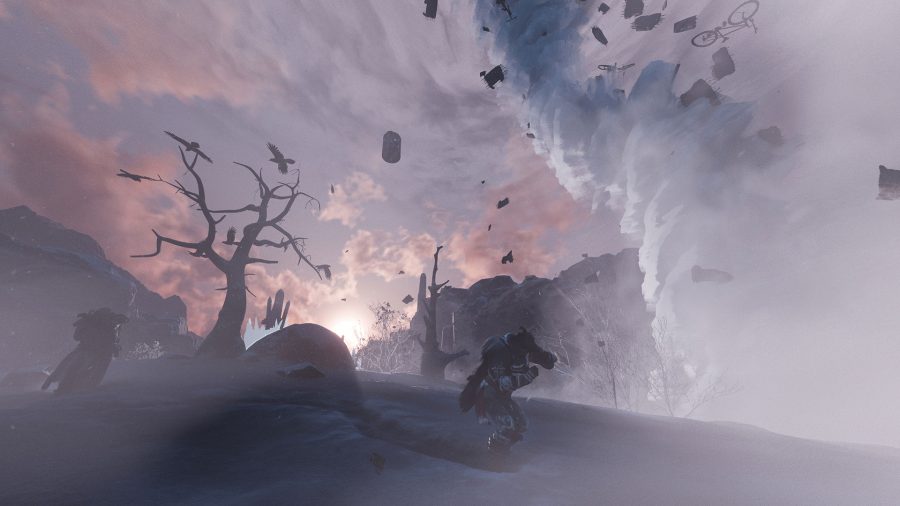 THE MORE YOU SNOW

So Fade to Silence is a union of sorts. UE4 can answer most of the questions you could ever want to ask it, and in the rare cases it doesn’t, developers can write bespoke systems. That impressive snow tech is one example.

Let’s not forget Fade to Silence is both singleplayer and co-op, too, meaning the online experience had to be up to scratch.

“The next biggest technical hurdle was multiplayer, since every engine has its own way to deal with the technical side,“ Conradie says. “While this wasn’t our first multiplayer game, it still takes a while to adjust to how you should do things efficiently.”

In practice, to enter someone’s game, you simply have to take control of an existing NPC they have living in one of their refuges. Persistent pick-ups, meanwhile, act as incentives to take advantage of the feature. Using UE4, Conradie and his team implemented multiplayer here just as thoughtfully as the rest of the game, and the results are seamless.

Fade to Silence is an example of one decision having a cascading effect. With Epic removing the upfront cost of UE4, it opened the doors for smaller developers like the Black Forest Games team to realise their creative vision. We’re only going to see more games with improved scope, increased ambition, and more than their fair share of creative systems in the future.