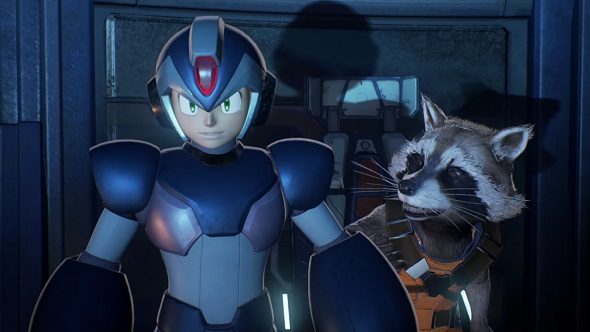 If you fancy seeing Capcom’s varied roster duke it out with Marvel’s iconic cast of superhumans (and a raccoon), you don’t have to wait all that long. Marvel Vs. Capcom: Infinite is Hulk-smashing its way onto PC on September 19.

Keep an eye on our upcoming PC games list if you want to keep track of everything.

As well as announcing the release date, Capcom have put out a new story trailer, which you can watch above. Basically, that bad robot, Ultron, has decided he wants to wipe out all biological life – as you do. He’s working with Sigma, a nasty fella from the Mega Man series.

To that end, the pair of them are merging dimensions, creating a world where Capcom’s videogame mascots fight alongside Marvel’s superheroes, for some reason. You’ll be able to see this play out in an all-new Story Mode.

“For the first time in franchise history, the Marvel and Capcom universes collide in a visually stunning and immersive cinematic Story Mode, as heroes and villains battle together to save their merged worlds from a sinister new threat, Ultron Sigma,” says the Capcom release.

“A combination of the robotic foes known as Ultron from the Marvel Universe and Sigma from the Capcom Universe, this psychotic villain is obsessed with infecting all organic life with a cybernetic virus. History’s greatest gathering of warriors must now unite to fight back against Ultron Sigma and save their newly formed world.”

Anyway, the important bit is: a bunch of characters have been revealed, as well as that Ultron fella. Here’s who’s confirmed so far:

Outside of the characters, two new stages have also been announced: Avengers Tower and Throne Room.

Personally, I just want to see Chris Redfield punch Hulk like he punched a boulder in Resident Evil 5. It’s not long now until I can, at least.