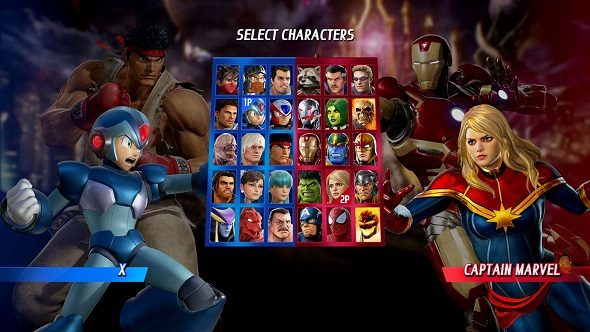 Suddenly, Marvel vs. Capcom: Infinite just got a bit more enticing (even if it’s not at Evo this year) in a surprise update: the game is now listed as an Xbox Play Anywhere game, meaning you can buy it on either Xbox One or PC and receive the other platform’s version for free as well.

Windows Central were the ones who caught this, and it looks to be just a quick change to the game, as well as a price drop, according to Shoryuken. In America, the price has dropped by $20 to $39.99, and it’s currently at £32.99 in the UK (with the deluxe edition costing $59.99/£49.99, saving a bit of money on picking up both the game and the Character Pass together).

The Play Anywhere scheme has been slowly growing, aimed at bridging the gap between PC gaming and those on Xbox One. Given this means Marvel vs. Capcom: Infinite should be using the Universal Windows Platform, it should also be a little more stable, if it wasn’t already running well for you.

It’s not going to bring Marvel vs. Capcom to Evo though, is it?