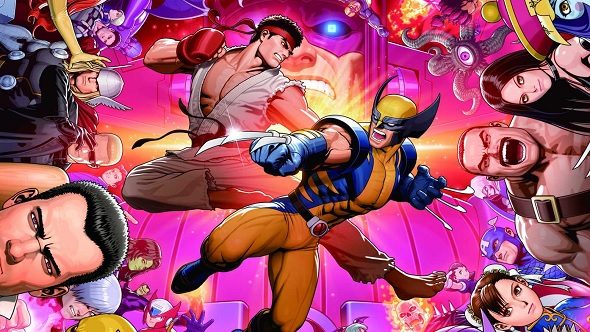 Capcom are releasing the next instalment of their famous brawler series, Marvel vs. Capcom, this September. There’s only one problem: Banana Claw Man won’t be in it.

Check out our list of upcoming PC games for all the dates.

What do you mean he’s called Wolverine? If only I’d watched the film that released recently with the kid and the whole The Last of Us vibe. Brogan, or something. My memory is not very good.

Yours probably isn’t either, according to Capcom’s director of production, Michael Evans. In a recent interview with GameSpot, Evans said the following:

“Your modern Marvel fan, maybe they don’t even remember some of the X-Men characters, but they know some of the Guardians characters or Black Panther. You know what I mean?”

Evans is, of course, referring to the fact that the X-Men won’t be showing up in this year’s iteration of Marvel vs. Capcom, instead opting for characters from Marvel’s cinematic universe, like the aforementioned Black Panther and the lesser-known – at least until the upcoming movie – Captain Marvel.

That means there’s no Magnetic Man, no Single Eye Laser Guy, no Aluminium Dude, and so forth. Luckily, you probably won’t remember them anyway.