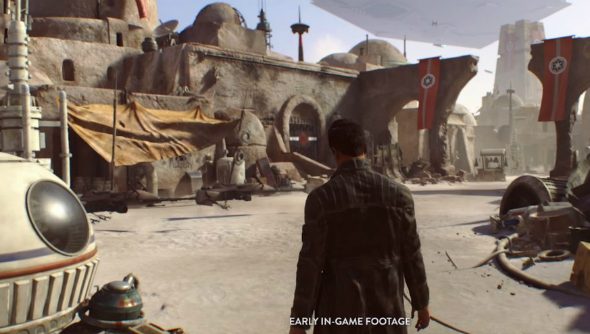 Back in May, rumours were flying around that BioWare Montreal, upon completing development on Mass Effect: Andromeda, had been turned into a support studio for EA Motive, a team dedicated to Star Wars games. It seems those rumours were true as EA have confirmed the two studios have been merged.

If you’re itching for some dialogue options, check our list of the best RPGs.

EA confirmed the news to TechRaptor. “The teams in EA Worldwide Studios are packed with talent, and more than ever, we’re driving collaboration between studios on key projects,” EA say in the statement. “With multiple major projects in development in Montreal, we are merging BioWare Montreal with Motive Studios. This is an ongoing process, but there are many exciting roles and opportunities for everyone on the team.”

The Anthem team at BioWare Edmonton will, of course, continue to develop the shared-world shooter, under the supervision of the recently-rejoined Casey Hudson.

Motive Studios are working on an unannounced Star Wars game, headed up by Amy Hennig and Jade Raymond. While it’s an exciting project, I can’t help but cross all my fingers and toes that this merger leads to something Knight of the Old Republic-flavoured.