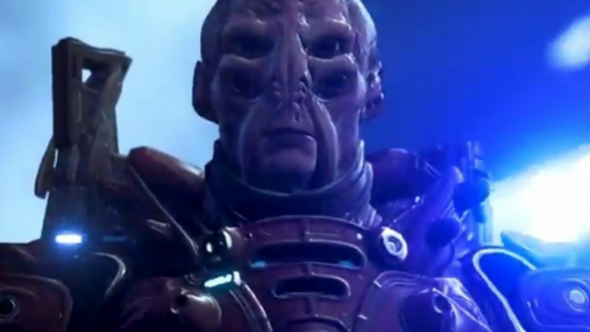 Update July 7, 2017: the notes for Andromeda’s latest patch have been published.

Related: blast beyond the atmosphere with our favourite space games.

There’s nothing much more exciting than those bug fixes and facial tweaks are in the single-player patch notes, which are availablehere.

The multiplayer notes arehere, and besides the new class and difficulty, add a slew of balance changes. Notably, “we’ve adjusted many ultra rare weapons so they pack a heavier punch. In particular, the Black Widow is now as deadly as the name suggests.”

The Batarian Scrapper joins the fray, packing the Kishock Harpoon Gun as his main weapon. Enemies can also disrupt hacks now, and the assassination objective has been replaced by a boss objective, which features stronger enemies and are resistant to the Cobra RPG. There are also more extensive character customisation options.

Original story July 5, 2017:Mass Effect: Andromeda may possibly skip out on single-player DLC, but it looks like it’s adding Batarians to the mix when it comes to multiplayer.

According to a tweetfrom the official Mass Effect Twitter account, the race, which doesn’t appear in the regular single-player content in the game, is going to be coming to multiplayer quite soon with the Platinum Difficulty mode in APEX Multiplayer.

This could mean certain pieces of lore attached to Batarians and how exactly they made it to Andromeda are on their way as well, since other DLC updates have included similar content in the past.

It seems that, for right now, multiplayer content is all players have to look forward to at the moment. Understandably, the Mass Effect fandom is a little frustrated by the lack of single-player content that was previously promised to players.