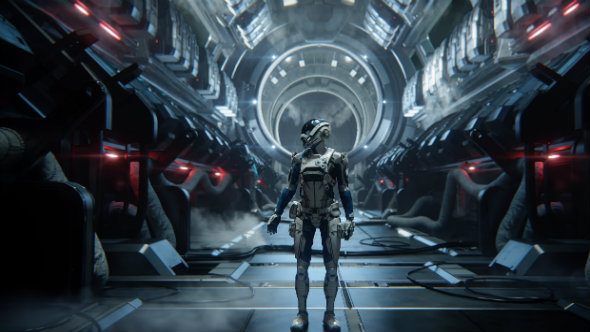 If you’d like to take a look at it, along with every other Mass Effect: Andromeda trailer, we have a dedicated post. There’s quite a lot of new stuff in there.

Keep an eye on our upcoming PC games list for the rest.

Update January 4, 2017:So earlier’s Mass Effect: Andromeda news wasa release dateafter all, and the sci-fi RPG sequel is set to launch towards the end of March this year.

With the game’s release just around the corner, we can probably expect tonight’s gameplay and environments footage to be pretty substantial. You better tune in and watch the CES Nviida keynote at 2:30am GMT, then.

You’re probably wondering where to watch it, but don’t worry, we’ve got you covered. Nivida will be streaming it from a dedicated page on their site. Just click that link and you’re away, as soon as it’s ready to go.

Update January 4, 2017:There’s some Mass Effect: Andromeda news coming in just over an hour, according to the game’s producer, Michael Gamble.

We already knew there was a new trailer coming tonight at CES, showing off environments and gameplay, but there’s some news coming at 6PM GMT, too.

Tomorrow morning. ~10 am PST. Got some info for you 🙂 https://t.co/LAlFOYEdOw

As to what the news will be, we can only speculate. Mass Effect: Andromeda is slated for a spring release, so we can only assume it will be a release date or a delay. Place your bets now.

Original Story December 30, 2016: There’s some more hot Mass Effect: Andromeda action coming next week, showing off gameplay from the upcoming sci-fi RPG that’s billed as developers BioWare’s “biggest game yet”. Well, you’d hope so, what with all that space to explore.

We saw some footage of the spacey sequel at the Game Awards recently, but this new footage will concentrate on “environments and gameplay”, so presumably we’ll be seeing some of the open-world activities on a planet’s surface.

We compiled all the Mass Effect: Andromeda trailers revealed so far, in case you’re itching for some BioWare action while you’re waiting.