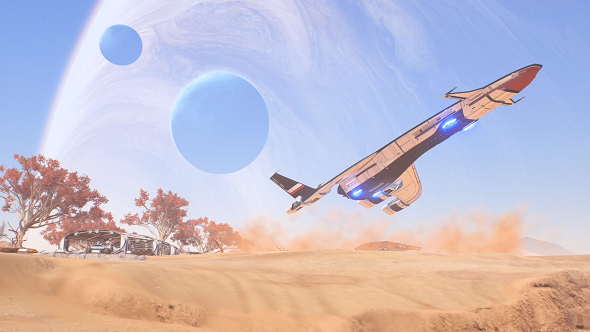 A detailed report has just been released, revealing the troubled development of Mass Effect: Andromeda. The sci-fi RPG was allegedly in development for five years, though the bulk of the work was done in just 18 months.

In a huge Kotaku report, various key members detail this troubled development, in which the game was constantly shifting and changing. For the majority of development, each planet was going to be procedurally generated, but that idea was dumped late on.

“Whenever you’re trying to do something that fits the engine – vehicles, for example – Frostbite handles that extremely well. But when you’re building something that the engine is not made for, this is where it becomes difficult.”

There were similar issues with Dragon Age: Inquisition, says the developer, but these problems were worsened when trying to render Andromeda’s vast environments. Frostbite was only built to allow for maps that are 100 x 100 kilometres. To make the player believe they were exploring a planet, Bioware needed to go bigger, much bigger.

Check out the report linked above for the full story.