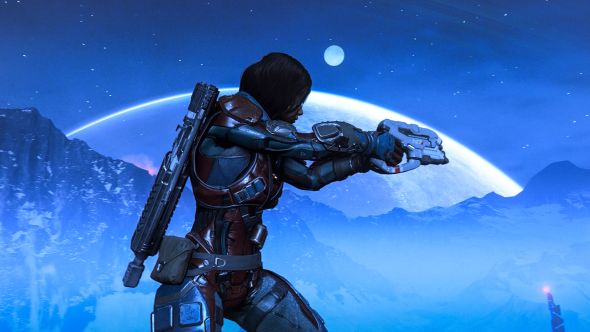 Mark Darrah has some things to say about Mass Effect: Andromeda. In a Twitter thread posted last night (and which is, miraculously, still up for you to take a look at), the executive producer of Anthem and the Dragon Age series says that the game is “deeply flawed.”

The thread focuses on the question of whether or not Andromeda got a “fair shake.” To clarify, Darrah says that question is not ‘was Andromeda secretly great?’ Again, he openly states that “MEA is a deeply flawed game. Especially at launch.” He does, however, say that a crowded review environment won’t have helped the game succeed.

Andromeda might not have been one of them, but BioWare are responsible for some of the very best RPGs.

As Darrah points out, people who play games on multiple platforms were spoiled for choice in Spring 2017. Nier Automata, Nioh, Horizon Zero Dawn and The Legend of Zelda: Breath of the Wild all released in the six or so weeks in the run up to Andromeda’s release, and Darrah says “each does something better than MEA.” This is admittedly something he’s hinted at before, in a rapid-fire interview with Gameinformer before E3, but it’s interesting that he’s reiterating it now.

He goes on to say that “as a result, even systems that are pretty decent get scrutinized against superiorly implemented one.” Andromeda sits at a metacritic rating of 72, but Darrah suggests that in a less crowded release window, that could have risen by five or six points. Ultimately, however, Darrah says that “MEA has a lot of problems and got lapped by genuinely better games.”

You can check out Darrah’s comments for yourself, beginning with the tweet above. In the meantime, it’ll be interesting to see what happens with Anthem, BioWare’s upcoming sci-fi adventure.

Anthem’s release date means that it will have to contend, at the moment at least, with Metro Exodus, Days Gone, and Crackdown 3, which both come out on the same day. Devil May Cry 5 and Kingdom Hearts 3 will also both release in Spring next year. While there’s minimal crossover between any of those games, it’s still a busy time to release into, which could cause Anthem problems.