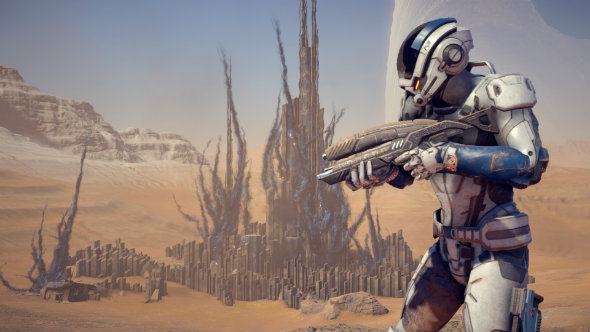 Mass Effect: Andromeda is bringing back the massively popular wave defense multiplayer from Mass Effect 3, that much we knew already, but there haven’t been many details on what form it will take as yet.

Keep track of our upcoming PC games list to stay in the know.

Judging by a tweet from someone in the know, that news will be coming very soon. This month, in fact. Probably.

One fan took to Twitter to ask about news on the multiplayer, saying, “Hey Ian! Do you think we’ll be hearing anything about the MP test before the end of the month?”

Back in December, Frazier revealed a little about the multiplayer to Game Informer.

“There are several different types of characters in multiplayer, and each time you finish a match, you earn your regular XP, but you also earn prestige XP,” he said, via GameSpot.