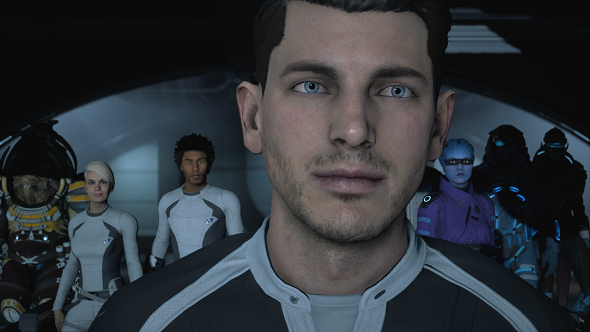 Open-world RPGs are sprawling, complex things. As anyone who’s ever seen grey-haired witcher Geralt walk like a crab can attest to, even the best of them have bugs. That’s why BioWare are continuing to improve Mass Effect: Andromeda.

This latest patch squashes a variety of quite nasty bugs. BioWare say the update also comes with some polish to the game’s cinematic scenes, particularly to the first few hours.

Elsewhere, PC players can now mess about with Depth of Field and Motion Blur.

As a little bonus, anyone who owns the Deluxe or Super Deluxe edition will also receive “two custom Nomad skins, a new casual Pathfinder outfit, and an exclusive multiplayer pack with a high chance of receiving an ultra-rare item”.

There’s no date on the patch yet, but it will be landing soon. Here are the notes: