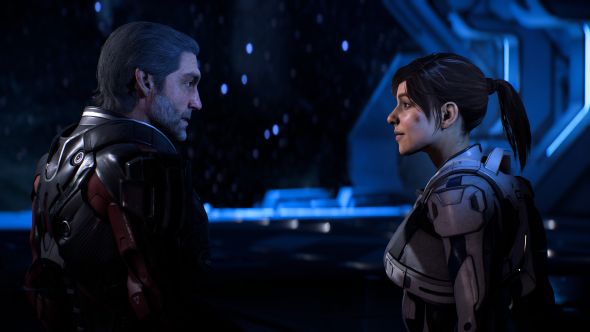 Update March 9, 2017: The latest recommended specs for Mass Effect: Andromeda, revealed by Nvidia yesterday, will actually only get you 30fps at 1080p, so you’re going to need a hefty rig to hit 60fps.

If you’re in need of an upgrade, check out our guide on the best CPU for gaming.

These details appeared on EA’s support site yesterday. You’re going to need an absolute monster rig if you’re planning on playing at 4K with a playable frame rate, then.

Original Story March 8, 2017: Mass Effect: Andromeda is just around the corner now, so Nvidia have finally released the system requirements.

Have you got a Mako or a Nomad? Either way, it seems like you’ll need a pretty beefy setup if you want to see the game at its best.

See the specs below.

If you want to push it up to 4K or crank up the graphics options, you’ll need to fit your rig with a faster GPU, such as the GeForce GTX 1070, GeForce GTX 1080, or newly-announced GeForce GTX 1080 Ti– get the lowdown on Nvidia’s beastly GPU at that link.

Speaking of cranking the graphics settings up, Nvidia also have the lowdown on in-game settings in Mass Effect: Andromeda.The spacefaring RPG has options for 16 graphical settings:

Mass Effect: Andromeda is releasing in North America on March 21 and in Europe on March 23. It’ll be available on Origin.