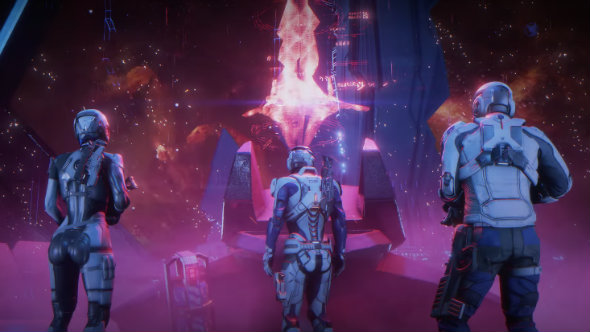 We got our first hint of Mass Effect: Andromeda’s system requirements today, as BioWare producer Mike Gamble sought to reassure a worried fan that he’d be able to run the game on his laptop. Gamble also confirmed that PC players will be able to adjust its field of view.

Mass Effect: Andromeda is one of our most anticipated upcoming PC games.

On twitter, Borg asked Gamble whether he’ll be able to run Andromeda on a “GTX745M and i7 core” with “128 MB of VRAM” and “a 8GB RAM processor”. Gamble doesn’t give exact technical requirements, but he links to the desktop versionof that GPU, saying “If this is your card you should be ok, I think.”

The GeForce 700 series was the generation-before-last of Nvidia’s graphics cards, preceding the 900 series, which preceded the current 10 series. If Gamble is right – and the phrase “I think” suggests hemayhave been tweeting off the cuff – anything better than a 745 at least should be enough to meet its minimum requirements.

Another tweet confirms that PC players will be able to change the field of view.

@axelflames15 On pc, yes. Not sure about consoles.

Here’s everything we know about Mass Effect: Andromeda, for absolutely all the details we’ve got so far.