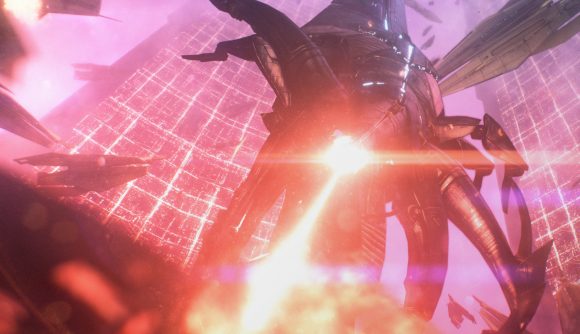 Yes, BioWare has done the thing. In Mass Effect: Legendary Edition, you can skip the elevator rides. The lengthy elevator rides in the original Mass Effect have been a meme since before we really even called them memes, and even the devs themselves started cracking jokes about it in the sequels. But with the Legendary Edition, you’ll no longer have to laugh through your suffering.

The first Mass Effect initially launched exclusively on the Xbox 360, and it made extensive use of elevator rides to mask long loading times. That made sense when the game was limited by the console hardware, but even after it was ported to PC, we still had to suffer through those rides. Sure, there were party conversations or PA announcements to pass the time, but it was still a lot of time wasted.

Legendary Edition adds an optional ‘skip’ button that appears once your elevator-driven load has completed. Hit it, and the lift will instantly arrive at its destination. The devs showed us a work-in-progress comparison of the feature on that especially egregious Citadel elevator. In the original, the ride takes 52 seconds. In Legendary Edition, it takes 14.

That’s a lot of extra time you can spend smooth-talking hot aliens.

The Mass Effect: Legendary Edition release date is set for May 14, 2021. Mass Effect 1 is getting a load of gameplay improvements, and you can follow that link for details on what to expect.