When is the Mass Effect: Legendary Edition release date? After years worth of rumours and wishful thinking, BioWare finally confirmed that it’s remastering the original Mass Effect trilogy back in November. The studio announced that the trilogy remaster would launch in spring 2021, and we don’t have much longer to wait.

During a recent preview event, BioWare broke down everything we should expect from the new release. In short, this is very much a remaster rather than a remake – the biggest changes are visual, and all the levels, characters, and story sequences will be just as you remember them, though maybe a little shinier.

But while the basics are all the same, there’s also some notable new stuff to be aware of, especially when it comes to the first Mass Effect. You can expect a load of changes to make ME1 more palatable to modern audiences, as well as improvements to the character creator which will apply across the entire trilogy. So here’s what to expect from the Legendary Edition.

Mass Effect: Legendary Edition release date is May 14, 2020 for PC via both Steam and Origin. It’ll also be available on Xbox One and PlayStation 4, and will be compatible with the next-generation consoles, as well.

BioWare says there will be no story changes in Legendary Edition. So if you were hoping for a more substantial revamp of the Mass Effect 3 ending, or to see some of those cut same-sex romances return to the game, it looks like you shouldn’t get your hopes up. The story will be just the same as you remember it, though things like DLC will be included from the start.

Legendary Edition will not include Mass Effect 3’s (surprisingly good) co-op multiplayer mode. BioWare says that bringing multiplayer back – including modern features which are now expected, like cross-play – would be as much effort as the entire Mass Effect 1 remaster, and so the studio chose to focus on the core trilogy and single-player experience. 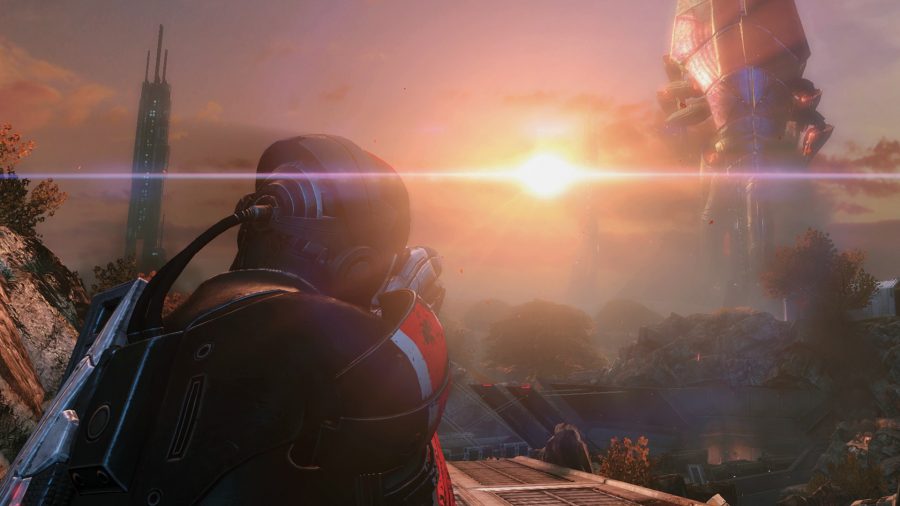 The package includes the DLC originally released for the trilogy, so you’ve no longer got to worry about missing out on essential party members or pieces of story content. Mass Effect 3 will have its revamped ending, which was originally provided as free DLC, included from the start, as well.

It even includes the digital Genesis and Genesis 2 comics, the latter of which was originally only included with the Wii U version of Mass Effect 3. You’ll also get the weird pre-order and promotional bonuses, including those helmets and visors originally included with cans of Dr. Pepper. 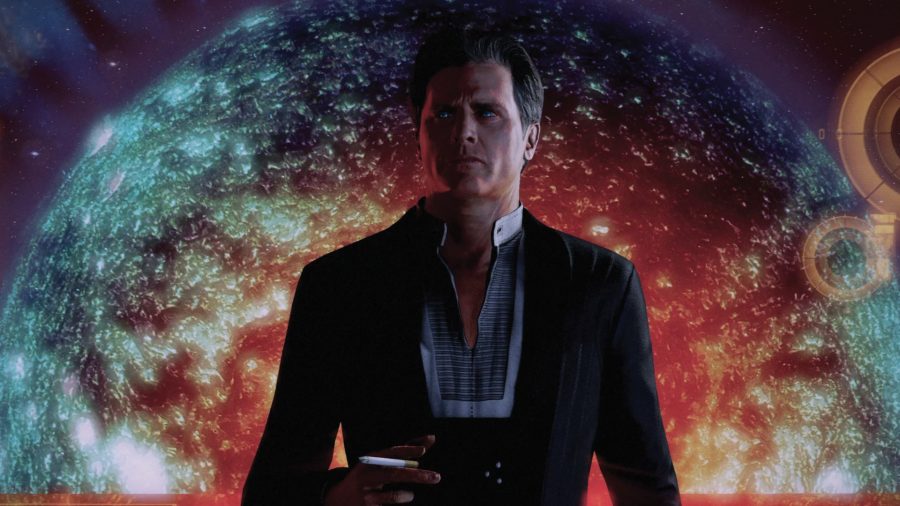 The graphics are the most obvious – and notable – leap that Legendary Edition is making over the original trilogy. All three games now enjoy the benefits of modern post-processing, including ambient occlusion, subsurface scattering, and more robust depth of field effects, all of which will give the trilogy a more modern look.

Textures have been upscaled with 4K displays in mind. All the original source textures – BioWare says there are “tens of thousands” – have been put through an AI upscaler to make everything nice and crisp. Character models have been gently revamped, so that everyone in Mass Effect 1 and 2 look in line with the more detailed character models of Mass Effect 3.

The actual level design of all the environments will remain the same, but there are some art changes, especially in Mass Effect 1. Eden Prime, for example, now has much more robust foliage, and the light of the sun is now ahead of you in the level, so that you’ll see more dramatic lighting as you progress toward the end.

Mass Effect’s character creator only got better as the series progressed, and all the features that were introduced by the time of Mass Effect 3 will now be available to you from the very start. That includes the ‘iconic’ female Shepard look that adorned ME3’s reversible box art, which has been improved to directly compete with the default male Shepard.

If you want to customise your Shepard, though, you’ll find a selection of new options. BioWare has given players more makeup options, as well as a more diverse selection of skin tones and hairstyles. 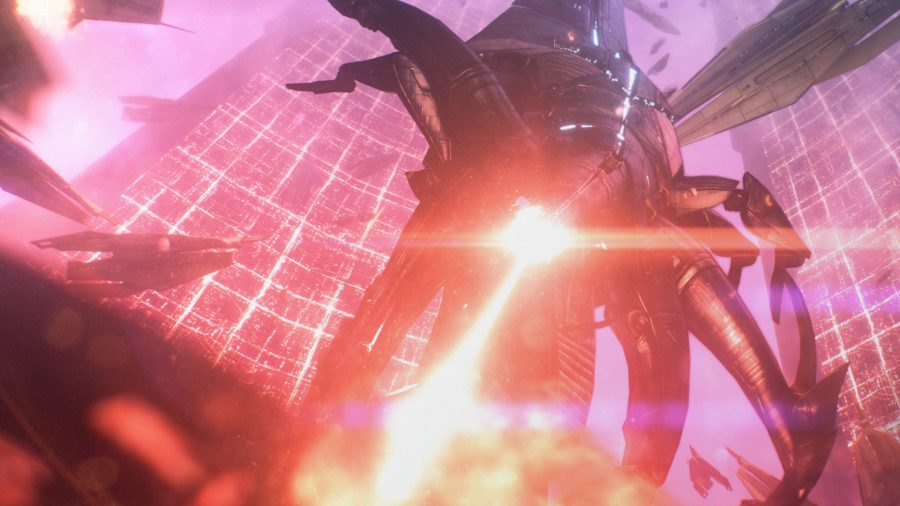 While Mass Effect 2 and 3 will play pretty much like they always did, Mass Effect 1 is getting a host of gameplay improvements to make it more friendly to modern audiences. ME1 always played a bit more like an RPG masquerading in shooter’s clothing, and Legendary Edition will do a lot to make those fights feel snappier and more precise.

ME1 now has a new HUD with your health and shield bars displayed prominently in the lower center of the screen, instead of a tiny window in the bottom-left. There’s more aim assist, and every weapon has been rebalanced to make it feel unique in combat. There are no longer class-based weapon restrictions or aim penalties, either. You won’t be able to put points in your assault rifle stat if you’re not a Soldier class, but you’ll no longer suffer penalties for using those weapons untrained.

The Mako has been reworked too, with new physics, a speed boost option, and an alternate control scheme to make it more comfortable to pilot. There are a host of other changes, including rebalanced boss fights, improved squad and enemy AI, reduced difficulty and frequency for minigames, and even an XP rebalance to ensure you can hit the level 60 cap without diving into New Game Plus.

And yes, we now have the option to skip those long elevator rides.

The PC version of Legendary Edition includes the options you’re probably hoping for, including uncapped frame rates and 21:9 ultrawide support. It has a modernised options menu, and proper controller support – something that was missing from the original releases.

And that’s everything we know about Mass Effect: Legendary Edition release date and more. BioWare’s beloved trilogy of RPG games has been long overdue, but we don’t have to spend too much more time waiting for the return of Shepard and the Normandy crew.