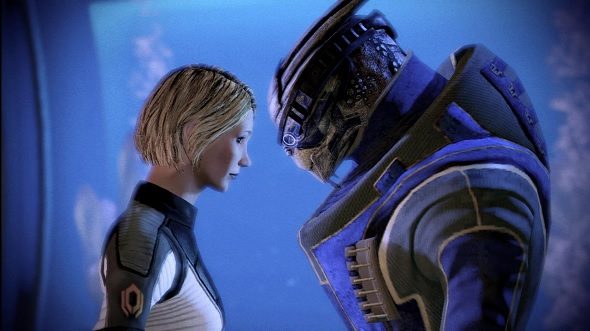 Do you want a new Mass Effect game? You’re not alone, and BioWare knows the demand is there. The reaction to Mass Effect Andromeda was bad enough for many fans to worry that the series is dead, but on this N7 Day the studio wants to reiterate that Mass Effect is alive.

BioWare has published a slightly corny but mostly endearing video in celebration of Mass Effect which asks “what is N7?” While you might be tempted to answer that with a codex entry, general manager Casey Hudson says “it means coming into the studio every day dreaming about what the next great Mass Effect game will be.”

Producer Mike Gamble offers a similar sentiment on Twitter. “We still have stories left to tell in this universe… the future is bright.” This echoes what BioWare has been saying about Mass Effect for most of the past two years.

Gamble told Eurogamer earlier this year that “Mass Effect is certainly not dead.” In the full interview, Gamble made clear that the studio doesn’t yet know what’s in the future for the series, saying that BioWare and EA leadership “have to sit down and work out what that looks like.” He says that “we want to make sure there’s a future” for the series, but that all comes some time after Anthem.

Gamble also said that despite Anthem’s focus on online cooperative play, “no one should worry this is a template for anything.” The studio makes different types of games every few years, and he says “we’ve made an MMO, we’ve made open world, we’ve made Jacob’s Story for iPhone. We’ve made so many different kinds of games and that will continue.”

Hudson also had similar comments around E3. In an interview with Game Informer, Hudson says that although “a majority of the people at BioWare are working on Anthem,” the team does “have people who are figuring out what a next Dragon Age would look like.” We do know that Dragon Age 4 is in development, but there’s little more to go on than that at this point.

As a founding member of the Mass Effect team, Hudson states, however, that the series is “my baby.” He also says “of course we intend to get back to it at some point.” So while you might be waiting a good long while for a new Mass Effect game, you can rest easy knowing that, at the very least, BioWare wants to make it.