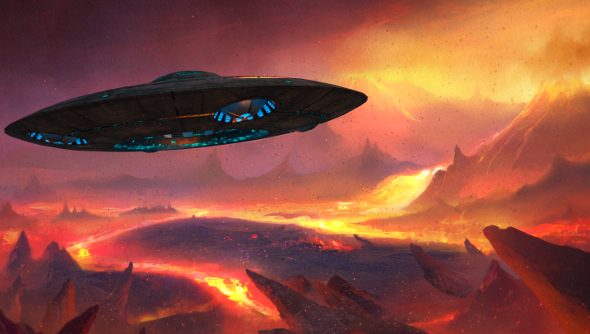 Simtex’s Master of Orion is arguably as important to the strategy genre, in particular 4X games, as Sid Meier’s Civilization. Its DNA can be found in just about every galactic-level game of exploring, exploiting, expanding and exterminating. For decades, the ideas that created it have been copied, tweaked, experimented with, broken down and rebuilt.

If you’ve got a strategy itch to scratch, check out our list of the best strategy games.

NGD Studio’s new Master of Orion is a reimagining of the original, but it arrives long after the game’s already been reimagined countless times. The 4X genre is as busy as it’s ever been, and MoO needs to be more than an influential name if it’s going to leave as lasting an impression as its predecessor. 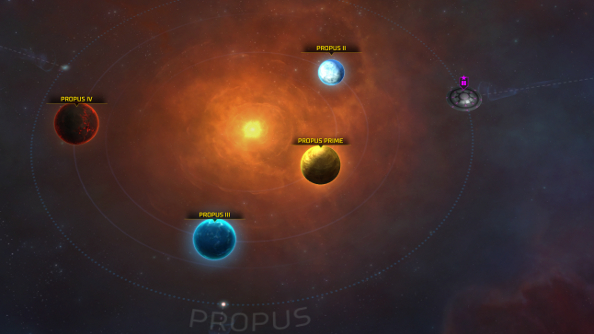 I’d just conquered the pesky humans – they’d settled a planet that effectively cut my burgeoning empire in half – when I finally put my finger on the source of my malaise. I began my journey across the stars with some anticipation, thanks to the promise of being able to conquer (or not) the galaxy again in the series that first got me hooked on those four addictive Xs. But the more I played, the more discontented I became. Listless, I started to go through the motions, running my empire almost through muscle memory.

Master of Orion doesn’t feel new at all.

Even when it deviates from the original – which it does frequently, in combat, exploration and research – old systems aren’t being replaced with new ones, they’re being replaced by familiar systems from other games, some more successfully than others.

Take the technology tree, for instance. It’s a large sprawling thing full of things you can make your diligent scientists research, and a lot of them should be recognisable to MoO veterans. However, the tree now works a lot like Civilization’s, since every race can research every single technology. Primitive lizards have access to all the same thing as the big-brained Psilons. There’s a tiny bit of variety offered by techs that need players to choose a specialisation, like Galactic Civilizations III, but they aren’t common. 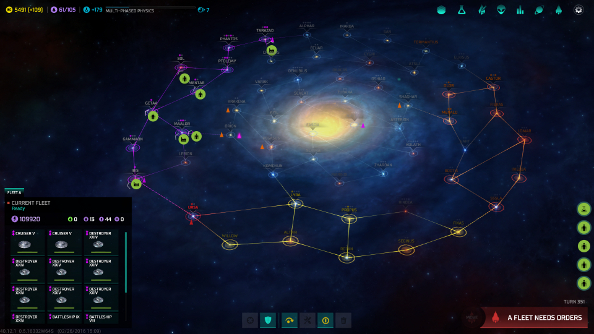 Since the six current factions are, aside from art and the advisor that keeps popping up, nearly indistinguishable from each other, the tech tree is where you’d hope to see some variety, but that’s just not the case. There are still meaningful choices, of course, in what technologies you research first, what priorities you choose, but you’re still playing with exactly the same deck every time.

Ships, buildings, tech – every species has the same toys, and the small number of traits they start with aren’t enough to make them feel unique, alone. They all have three of four of these traits, but most of them relate to things like their starting planet and starting tech, which after a few turns doesn’t really matter.

Aside from espionage, which will be added later on during Early Access, Master of Orion does have all the moving parts and layers of a modern 4X game. There’s the aforementioned research and planetary construction, along with trade, diplomacy and, of course, war. But there’s no twists or surprises to be found in any of these systems. I hope that it’s because they are all just the foundation for something more, but right now, no element of the game stands out as identifiably unique to Master of Orion, or even an enhanced version of something that’s come before. 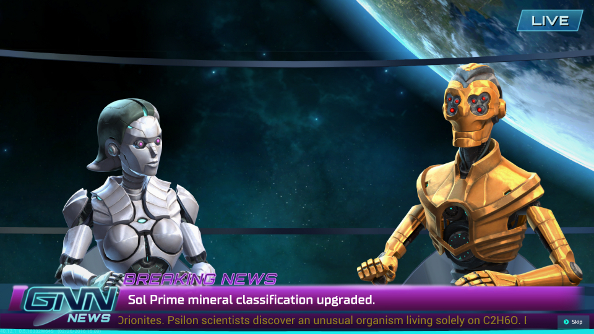 Trade has been crammed into diplomacy, so beyond making a treaty, there’s not much for players to do; there are no big decisions to make during construction since every planet can build everything and there are concerns about limited space; and diplomacy is functional, but opponent AI is so terrible that it’s too easy to exploit.

While Master of Orion is generally pretty conservative, there are two things that have been dramatically changed from the original games, and while they aren’t unique to the world of 4X, they do have a significant impact: space lanes and real-time combat.

Instead of ships exploring the empty vast spaces between solar systems, they now travel between places via star lanes, the entry and exit points of which can be protected by constructing military bases and sensors. Not unlike Endless Space or Sins of a Solar Empire, this allows players to know with absolute certainty if an enemy is heading their way, and restricts movement in a way that funnels ships toward worlds and potential confrontation. It’s a controversial change, and can be seen as limiting player freedom, but it lends the game a focus and clarity that it wouldn’t have if ships could travel anywhere. 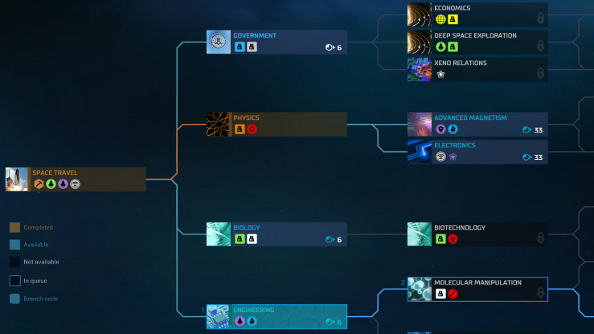 The shift to RTS combat is less of a success. When fleets engage, players get two options: simulate or tactical. The first, and right now the option I recommend, gets straight to the outcome. The latter, though, takes the action to a new map, where individual ships are put under player control in quick and extremely basic real-time scraps.

It makes me pine for the turn-based tactics days. There’s really barely any difference between the simulated and tactical battles, as they’re both basically hands-off. With one, you click a button and see the results. With the other, you click a button, watch the ships fly off and attack each other, and then see the results. Aside from specifying targets – they’ll choose their own if you don’t – or using a special weapon, there’s not much need for player involvement.

A lot of these problems have been noted, like the poor AI and paper-thin tactical battles, but the list of upcoming improvements are rather vague and make it hard to predict what will change and be fleshed out before launch. Empire management isn’t listed, either, and that’s one place where Master of Orion desperately needs attention. 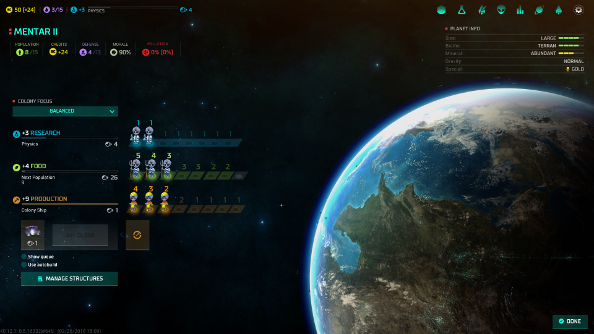 The empire, and individual planets, can be given a focus, like military, economic or research, and the planets themselves can be automated. The tax rate can be changed, too. And that’s basically it. No government types, very little room to fine tune, no planetary tax rates, no trade between worlds. It’s a recurring theme: there isn’t much for players to actually do.

I’ve rattled off a laundry list of problems, but Master of Orion does work, it looks gorgeous – undoubtedly the prettiest galaxies in a strategy game – and almost everything that you’d expect from a 4X game is already there. There’s a potentially solid foundation inside the Early Access version, but it’s lacking the creative spark that could help it stand out from the multitude of sprawling strategy games that already exist.