NCSoft’s first foray into the MOBA scene bears all the hallmarks of the genre titans whose success the Korean developers would love to emulate. Lanes, minions, hubs, towers, heroes – they’re all present in some form or another, and yet Master X Master brings enough of its own features to the table to ensure that it feels fresh, innovative and approachable to newcomers.

For multiplayer action of a different flavour, check out the best MMORPGs on PC.

NCSoft are aware that they can’t unseat some of the most widely played games in the world with minor additions and gimmicks, and sure enough, Master X Master’s claim to being distinct among other MOBAs is staked well outside of that well-trodden formula. Considering also that it’s only been through one closed beta in Korea, the polish of Master X Master is remarkable.

By introducing the mobility and precision control of action-RPG titles like Path of Exile, Diablo 3 and Lineage, to a game type that typically allows the player scarce control over their character, NCsoft have created an action-MOBA hybrid that pays less attention to exhausting strategic preparation and more to fast, dynamic gameplay. Players can navigate arenas with full WASD control, aiming and attacking in any direction with their mouse – this is a MOBA with the immersive gameplay of a twin-stick shooter. 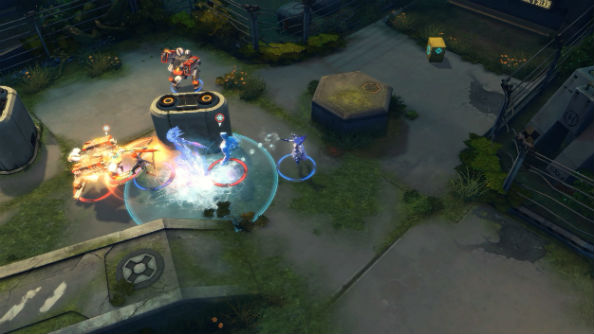 By abandoning the point-and-click navigation of its ilk, NCSoft have created a game with a marked emphasis on the way combat feels: responsive, freeing and unlike anything offered up by the genre behemoths. Even jumping and dodging play a crucial part in combat, with telegraphed attacks giving me ample time to avoid taking any damage provided I was paying attention and reacting appropriately.

At the centre of it all is a much touted tag-team mechanic, which allows players to switch between their two pre-selected masters by simply scrolling with their mouse wheel. This substitution benches one master, allowing them to heal, while simultaneously bringing your other directly into the fight, immediately shifting the combat dynamic. There’s a short cooldown to consider before making the swap, which keeps things somewhat grounded.

It’s a simple system with no end of potential applications. At one point I found my sniper master, Innowin, backed into a corner. Despite being devastating at long range, with a well-timed shot capable of taking out a whole column of enemies, Innowin was predictably inept in close-quarters. The solution: I swapped to Sizuka, my melee focussed, highly agile assassin master. Immediately I gained the ability to either outmaneuver the threat or face it head on. Similarly, when a good amount of distance had been put between myself and the enemy, I was able to select Innowin once again and continue laying waste to minions from afar. 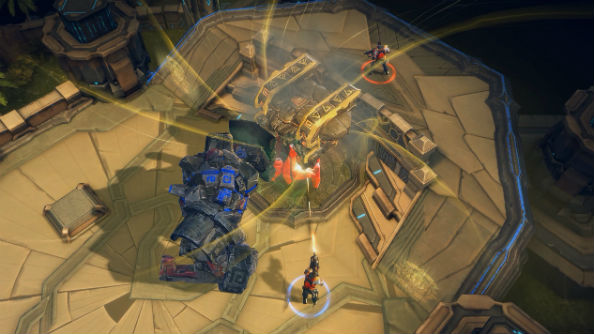 Alternatively, I could string my masters’ abilities together for a continuous attacking spree. In one encounter I came up against a large wave of mobs while playing as Taejin, a soldier. I spammed Taejin’s primary attack until it overheated, leaving a significant number of enemies converging on my master. With the horde closing in and my soldier temporarily useless, I tagged in my brawler, Cagnazzo, to beat the pack back while Taejin reequipped himself.

Picking the composition of your partnership is an important decision. From a beginner’s point of view, the logical approach is to bring a ranged master in alongside a melee one, but I quickly discovered that combining two melee fighters was an equally viable approach; my tank handled the brunt of the assault while the assassin was there to mete out any critical hits.

The 30-strong roster of masters includes hosts of returning characters from other NCSoft titles – Guild Wars 2’s Rytlock Brimstone, Blade & Soul’s Jinseoyeon and Pohwaran, Lineage’s Death Knight, and many more. Accompanying that all-star cast are a number of original masters who fail to stand out alongside such distinguished company as the minigun-wielding cover-girl of Blade & Soul. 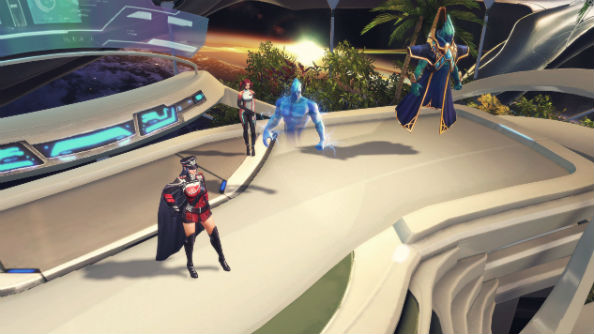 To hardcore MOBA veterans the promise of deep strategy is inherent from the off. Equally, newcomers to this type of game will welcome having a reserve master waiting in the wings, ready to deploy in case of emergencies.

Of course the niche of being able to swap characters with such ease would be meaningless were it not for an engrossing and fluid combat system. Masters have one standard attack and three specials – the former can overheat when relied upon too heavily and the latter require a cooldown between each use. There are no lock-on or aim assists either, meaning that if you miss a charged attack your master will be vulnerable while you attempt another.

The inclusion of a fully fleshed-out PvE mode with instanced dungeons and co-op also caters to players who are put off by the uncompromisingly competitive nature of most MOBAs. Playing out in a similar way to those of Marvel: Ultimate Alliance, these dungeons pit players against a series of increasingly challenging mobs, picking up loot and currency and applying all manor of temporary boosts to your characters until the mandatory final boss fight. It’s a simple romp from start to finish, but one that acts as gateway drug to Master X Master’s more engrossing PvP game. 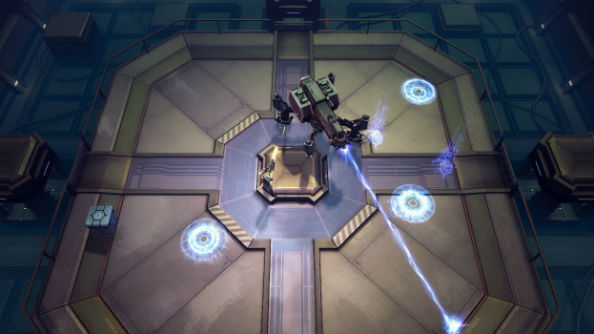 It was in PvP that gameplay took on a far less linear structure. Entering a game mode called Ruins of the Titans, I found myself dropped into a quintessentially MOBA setup. Lanes took centre stage for the first half of match, with minions streaming forth from the enemy base and an array of towers combining to make progression along each pathway increasingly challenging. After earning enough points however, my team was able to summon a titan, a giant monster that charged down a lane clearing the way for us to make a final assault on the opposition base.

The match lasted little more than ten minutes, a refreshingly short stint when compared to the often hour-long brawls of League of Legends. Time enough for strategy and tactics to still factor in, and yet not too long so as to become a drain or make failure disheartening. 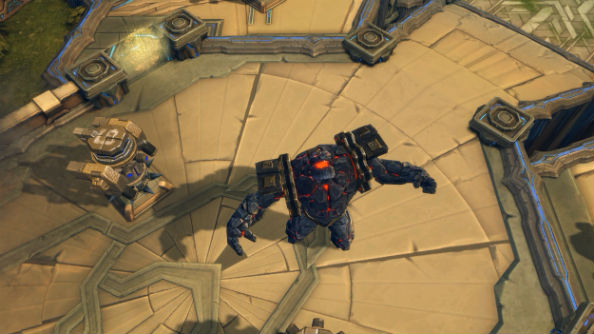 NCSoft have paired the deep strategy of a MOBA with the relentless pacing of an action-RPG, a prospect that sounds ideal on paper. But whether fans of either genre will flock to this hybrid and embrace it as their own remains uncertain. The potential is there, however, as has been the case for so many promising MOBAs in recent years, whether those solid foundations will translate to a popular success is impossible to tell.

I enjoyed my time with the game regardless. It’s immediately involving without feeling shallow or gimmicky, and the wealth of options available before entering a game is impressive without being incomprehensible. Also, once in-game you have a tangible connection to those choices you’ve made – there’s no system that can’t be deciphered, no attacking move you can’t eventually land a blow with. As MOBAs go this is as friendly as they come, but that’s not to say there’s not enough there to keep players coming back for more.

Master X Master is set to hit European and North American shores in the latter half of 2016.