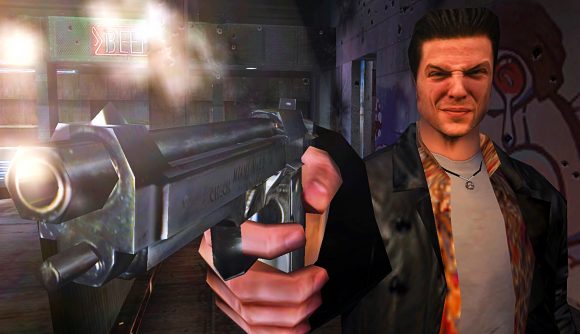 A Max Payne remake is coming from Remedy Entertainment, the studio which created the series in the first place. The remake will a single game encompassing both Max Payne and Max Payne 2. It will be financed by Rockstar (the current overseer of the series), developed in Remedy’s Northlight engine, and will be similar in scope to a “typical Remedy triple-A game production” like Control.

“Max Payne has always held a special place in the hearts of everyone at Remedy, and we know the millions of fans worldwide feel the same,” Remedy CEO Tero Virtala says in a press release. “We’re hugely excited to be working with our partners at Rockstar Games once again for the chance to bring the story, action and atmosphere of the original Max Payne games back to players in new ways.”

The Max Payne remake will be released for PC, PlayStation 5, and Xbox Series X and S. The project is currently in “the concept development stage”. In other words, it has not yet entered full production, and you can expect a long, long wait for further information about the game, much less a release date.

The original Max Payne was released in 2001, and was notable for its neo-noir trappings and Matrix-inspired bullet time mechanics. Rockstar’s parent company, Take-Two, bought the rights to the series in 2002, and published Remedy’s sequel, Max Payne 2: The Fall of Max Payne, in 2003. Rockstar itself developed the final entry in the series, Max Payne 3, which released in 2012.

According to the press release, “Under the agreement, Remedy has a royalty opportunity after Rockstar Games has recouped its development, marketing, and other costs for distributing and publishing the game.”