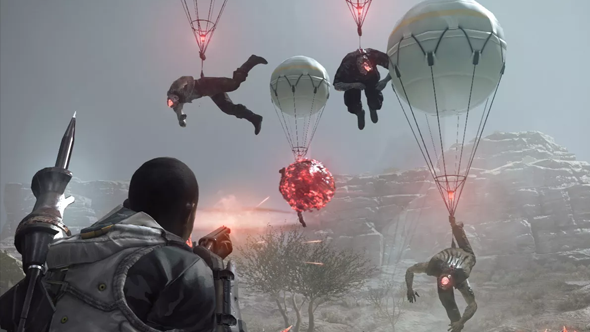 An open beta for Metal Gear Survive is coming next week. The three-day beta marks the first time that the game will be available for PC.

It might be worth getting some friends together for Metal Gear Survive – otherwise you’ll probably die.

The Metal Gear Survive beta will include three missions set across two maps in co-op mode, which can be played online with up to four players, as well as special daily missions. During the beta, players who complete character creation will be rewarded with an in-game bonus that will carry over to the full game. The bonus will be made up of a FOX HOUND name plate, a Metal Gear REX head accessory, and a bandana.

The global beta is coming to PC, Xbox One, and Playstation 4, and will begin on Friday, February 16, and run until February 18. It’ll be the lasts chance to play the game before its US release on February 20, or European release two days later. A press release from Konami didn’t reveal exactly what time the beta would begin at, but it’s likely that it’ll be sometime during the Friday evening.

If you want in, it might well be worth checking out Metal Gear Survive’s system requirements, but if you played Metal Gear Solid V a few years ago (and you really should have) chances are you’ll probably be fine.