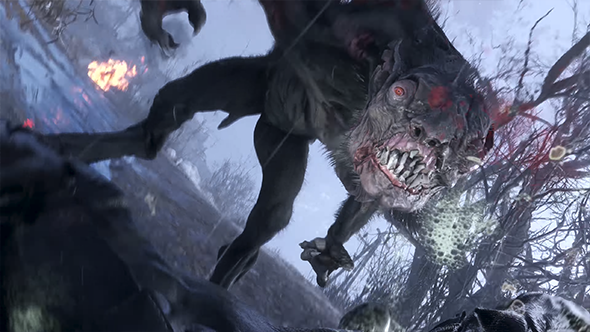 The Metro series is known for its tight dark subways where brutal stealth takedowns reign supreme. Occasionally you climb up to the daylight, sucking clean air through a gas mask and blasting sinewy mutants with a rifle, sure. But the series thrives on tense, linear storytelling. So I was understandably concerned when I heard that Metro Exodus – the third game in the series – broadens the scope far beyond its predecessors, having a quasi open-world structure.  However, after playing it for a few hours, my misgivings have been put to rest. For now at least.

Everything that constitutes a Metro game is present: the slow pacing, the copious exposition, the superb worldbuilding, and the constant sense of dread personified as hopeless characters  in terrible conditions. This is still a game about traversing a living hell and scavenging whatever supplies you can.

Metro hasn’t made it onto our best first-person shooters on PC list yet, but will Exodus change that?

But 4A Games has leaned further into the survival aspect of the series with Exodus, introducing new features inspired by the team’s previous work on STALKER, which led to me counting bullets as if playing the original Resident Evil. You’ll have to wait until Metro Exodus release date to discover this for yourself but I can give you a good idea of what to expect at least.

You can now craft ammo and health packs on the fly. Weapons and attachments can be switched out with ease as you move between the environments, too – nobody wants to explore a dilapidated bunker with a 4x sight on their gun. The hub for all this switching and crafting is your backpack, which you can shrug off your shoulders at any time, but you’ll want to make sure the coast is clear when you do. The world of Exodus is actively trying to kill you and it won’t politely sit back while you rummage through your luggage.

A lot of the decisions you make in Exodus will be based upon your need for supplies, then. Beyond figuring out what you want in your hands, you’ll be concerned with whether what you stand to gain from an encounter is worth the bullets and health packs it’s going to cost you. That’s up to you. The side missions I experienced in the preview split me down the middle. Should I free those prisoners in the hope that they’ll point me to a nearby cache? Possibly. How about steal an acoustic guitar from a frankly awful and heavily armed musician? No chance. 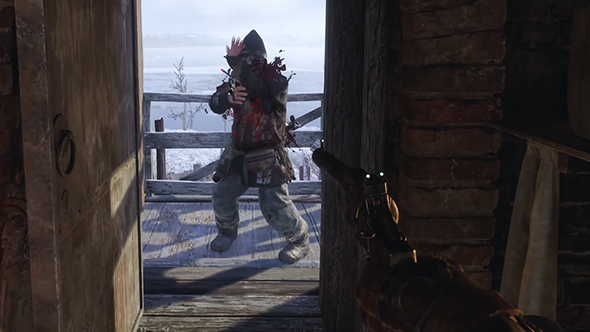 As I trudged across the wasteland, I ended up conducting bizzare post-apocalyptic risk assessments on everything I passed. I made a habit of scouting out the horizon with binoculars, trying to count the guards on patrol, or spot any wandering abominations through windows. In one of my most memorable assaults, I decided it was worth risking a showdown with a group of armed soldiers, so I crafted extra pellets for my air rifle and cranked up its pressure as I slowly sneaked forward. Trying to remain hidden, I hoped to take out at least one or two enemies before it all went sideways. And by this point I had learned that it always goes sideways.

The less said about the ruckus itself the better. Just know that I emerged victorious with only a slither of health left. With my enemies dead, I was free to ransack the watch tower they had been guarding, but as I was doing so I glimpsed a large pack of mutants heading my way. Whether this was a scripted event designed to trigger after defeating the humans or an unhappy coincidence, I don’t know, but I’ve never been so bitter about a forced retreat. I’d lost a lot and gained absolutely nothing for it. 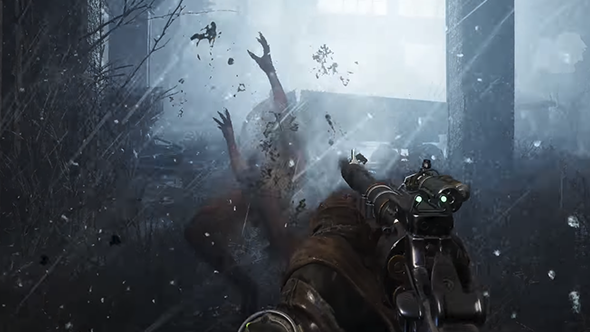 Metro Exodus teaches you the hard way to cut your losses. But it doesn’t always have to be that way. One of the delighs I discovered is that you don’t have to face all the terrors alone. I’ll keep the spoilers light here as I go into how the game’s story enables this. You play as Artyom, traveling with his wife and the other Spartan Rangers, who are on a mad tour from Moscow to the Far East in search of a new life, riding in a heavily modified steam locomotive called Aurora. There are plenty of obstacles in their path as you would expect. The railway is incredibly useful for human survivors so the train tracks are a prime spot for people to settle down and set up shop. Unfortunately, most of them are unsavoury characters.

The first group I encountered had barricaded the tracks and holed up in a nearby church. Their new doctrine taught that technology was the creation of Satan – which is understandable considering they’re living in a nuclear wasteland – and, as such, they did not appreciate me blasting through on my iron horse. Needless to say, hostilities ensued, and I wept for the ammo I lost in the crossfire. However, later on I had an experience that will stay with me for a while, one that demonstrates that not every survivor on this harrowing journey is out to get you. 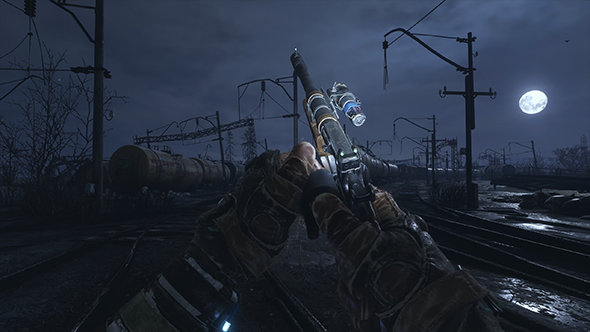 After being chased up to a roof by a small army of extremely fast humanoid mutants I found myself out of health packs and grenades. Worse still, the little horrors outnumbered my ammo count. Knowing I was down to the wire I carefully lined up my shots before switching to my knife. It was at this point I realised I had forgot to save for a long time. There’s no autosaving in Metro Exodus and modern gaming has spoiled me. I was about to give up when a bullet suddenly tore through the writhing mass of flesh and claws in front of me. Following the sound of the gunfire I saw a friendly sniper on a nearby crane. We swiftly dealt with the rest of the mutants before I headed up the crane to greet my hero. He had saved my life and as far as I know I had done nothing to prompt it.

It’s these kinds of emergent surprises that makes even cursory exploration in Metro Exodus worthwhile. This is why it felt like there was a lot to do in the preview area. And even though most of it was optional, I was eager to see as much of it as possible, as I was warned beforehand that it’s best to make sure that everything I intended to do in an area was done before moving on as there would be no return. The Aurora is a one-way train. 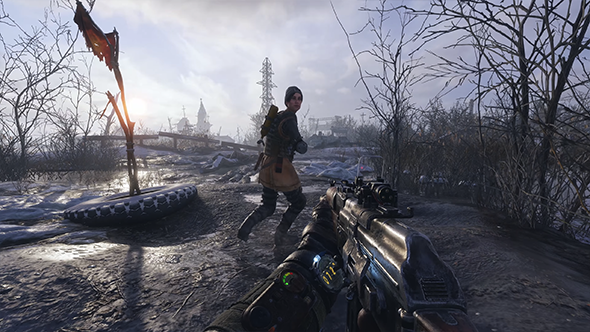 4A Games was keen to point out how its minimalist approach to UI and other game design choices encourage exploration in these segmented areas. There are no waypoint markers, no magic trail to follow, no overlayed compass telling you the direction to go. All you’ve got is an old fashioned, and frankly unreliable, map and a compass tied to your wrist. If you want to get your bearings by checking either of them you have to holster your weapon. Being unarmed is not a position you want to be in considering the threats that lurk unseen in the wasteland. So while the sense of discovery can be liberating, especially when compared to the claustrophobia of the previous Metro games, it is fraught with the tension the series does so well.

The developer also spoke of a dynamic weather system and a day/night cycle. The line of sight of human enemies is reduced at night, allowing for greater stealth plays – however, there are a lot more mutants roaming around at night. So pick your poison: do you prefer firefights in the daylight, or creeping around in the dark knowing a mutant is probably sniffing you out. That is yet another decision you’ll have to make in Metro Exodus. Choose carefully or you might end up backpedalling across the wasteland, out of bullets, desperately hoping the bullet shot from the distance is heading for the mutants gnawing at your soles, and not at your head.