Metro Exodus launched last week to much elation from Nvidia RTX Turing owners. 4A Games’ most recent post-apocalyptic trudge through mutated, desolate hell was the first ray tracing-friendly title to launch in nearly three months. But, while that’s all well and good for owners of the latest and greatest – check out our Metro Exodus RTX PC performance review here – what about gamers holding fast to the more mainstream, and still immensely popular, Nvidia GTX 1060 and AMD RX 580 graphics cards?

The GTX 1060 is still the most popular graphics card on the Steam Hardware Survey by a decent margin. Despite its recent deposition at the hands of the GTX 1660 Ti, this card is still the de facto mainstream GPU from the green team. And as for team Radeon, the RX 580 is cheaper than ever, and its high performance per dollar can’t be beat.

Metro Exodus’ vast tundra is a vision of macabre beauty, however. From the icy, crumbling civilisation has-been that is post-apocalyptic Moscow in winter, to the debilitating desert riddled with sand storms in summer, Metro is an unforgiving title for both mainstream Pascal and Polaris cards.

Most PC gamers will expect, nay, demand 60fps gaming, yet neither Nvidia or AMD card is able to hit that 1080p milestone with Ultra settings enabled. Therefore we have to look to the far less demanding high and normal presets for acceptable frame times.

Time for a change: These are the best graphics cards right now

We’ve also opted for the DirectX 11 impletmentation across our benchmarks, and recommend you do the same sans RTX hardware. While prerequisite for Microsoft DirectX Raytracing support, DirectX 12 is a fickle, crash-happy beast and we trust it about as far as we can throw our testbench in frustration when the Metro benchmark won’t launch for the 10th damn time in a row.

There are a host of online reports of Metro Exodus being essentially unplayable in DX12 using Pascal cards, especially the GP102-powered cards, such as the GTX 1080 Ti. Our Dave has been lost in the apocalyptic wasteland because of his STALKER obsession, but couldn’t get beyond the game’s first cutscene using DX12. Hell, even AMD’s customary DX12 performance lead is non-existent in Metro. So, the DirectX 11 version it is. 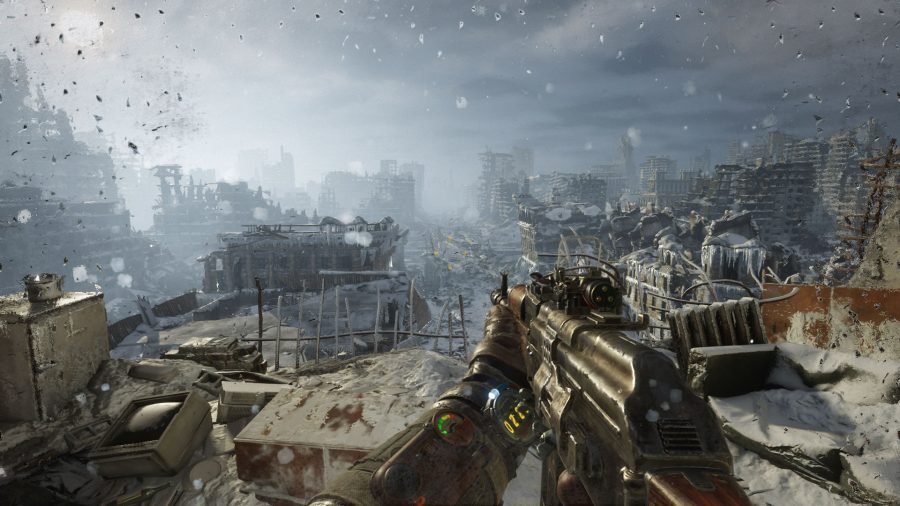 Opting for Nvidia’s proprietary RTX tech, Metro also features Advanced PhysX and Nvidia HairWorks. For the purposes of our benchmarking we’ve disabled both GameWorks features to create a fair testing battlefield between the two cards and to lessen the strain on our mainstream GPUs, giving us the best chance to hit high frame rates.

Yet that 60fps milestone remains elusive within the confines of the prescribed benchmark, with only the RX 580 managing the feat on the normal preset. But in-game performance tells a different story entirely.

With the below settings toggled from within the game itself, the Nvidia GTX 1060 managed to maintain >60fps for the better part of exploring Metro’s expansive and borderline uninhabitable terrain.

Thankfully that means you needn’t be overly conservative with your graphics settings to enjoy decent frame times once you’re actually immersed in the world. And thankfully you can avoid the fuzziness introduced with lowering the shading rate, too.

Metro Exodus lacks some of the graphical setting granularity you might expect from a modern PC title, however. Instead, you must venture into Users > Profile > Saved Games > Metro Exodus and locate your save game config file for a little extra-curricular tweaking if needs must.

Here you can tweak the FOV to give you a bit more of an expansive view or ditch the foliage shadows and foliage ambient occlusion from the game and boost performance just that little bit more. It may only give you a couple of extra frames per second, but that could just push you over the 60fps mark.

Metro Exodus was designed to push even the top graphics hardware of the moment – the game’s extreme preset is tantamount to Takeshi’s Castle for today’s tech. And there’s no better blend of twisted metal, grotesque creatures, and breathtaking landscapes to make better use of the engine’s potential graphical zeal than Metro Exodus. 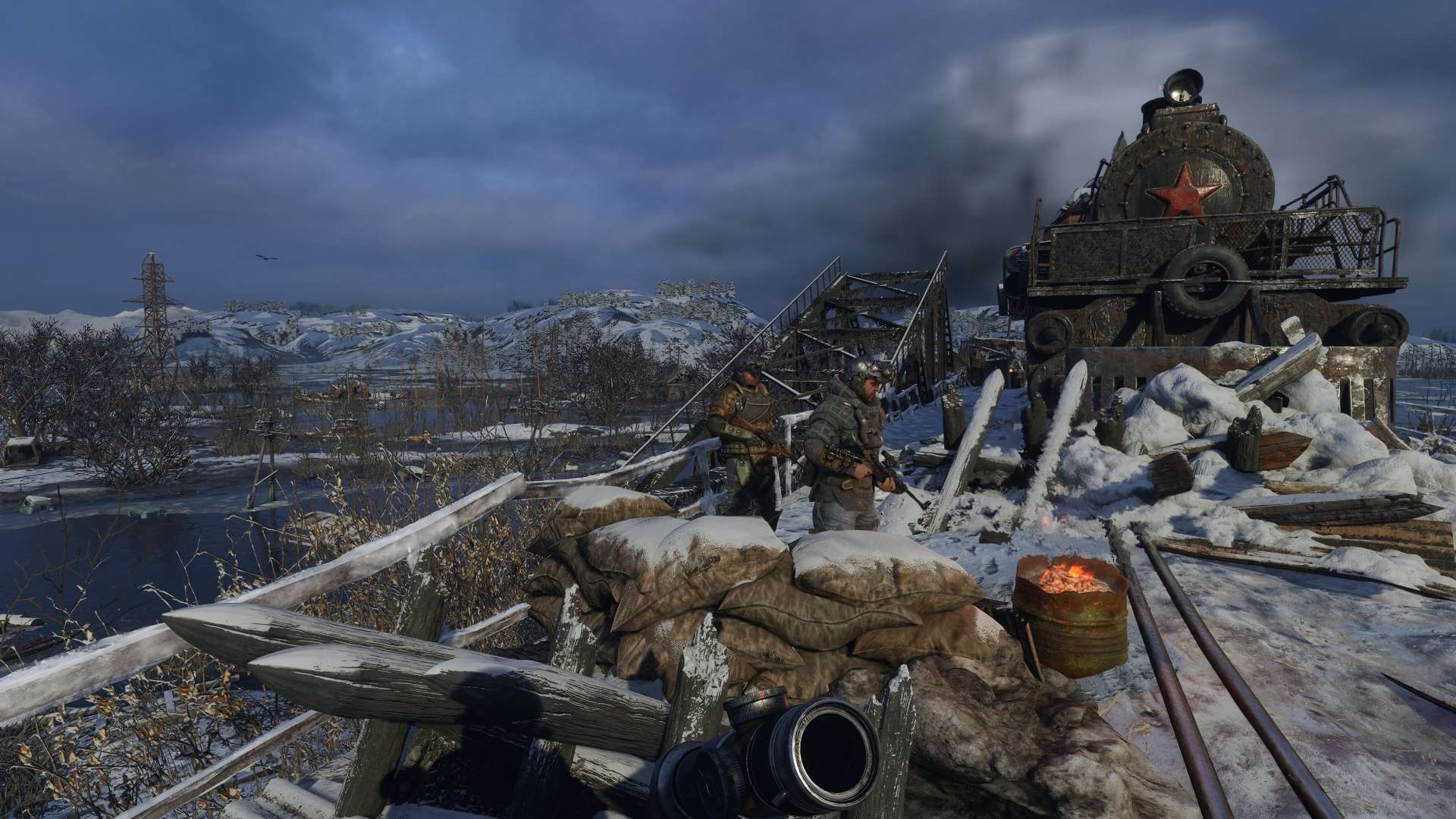 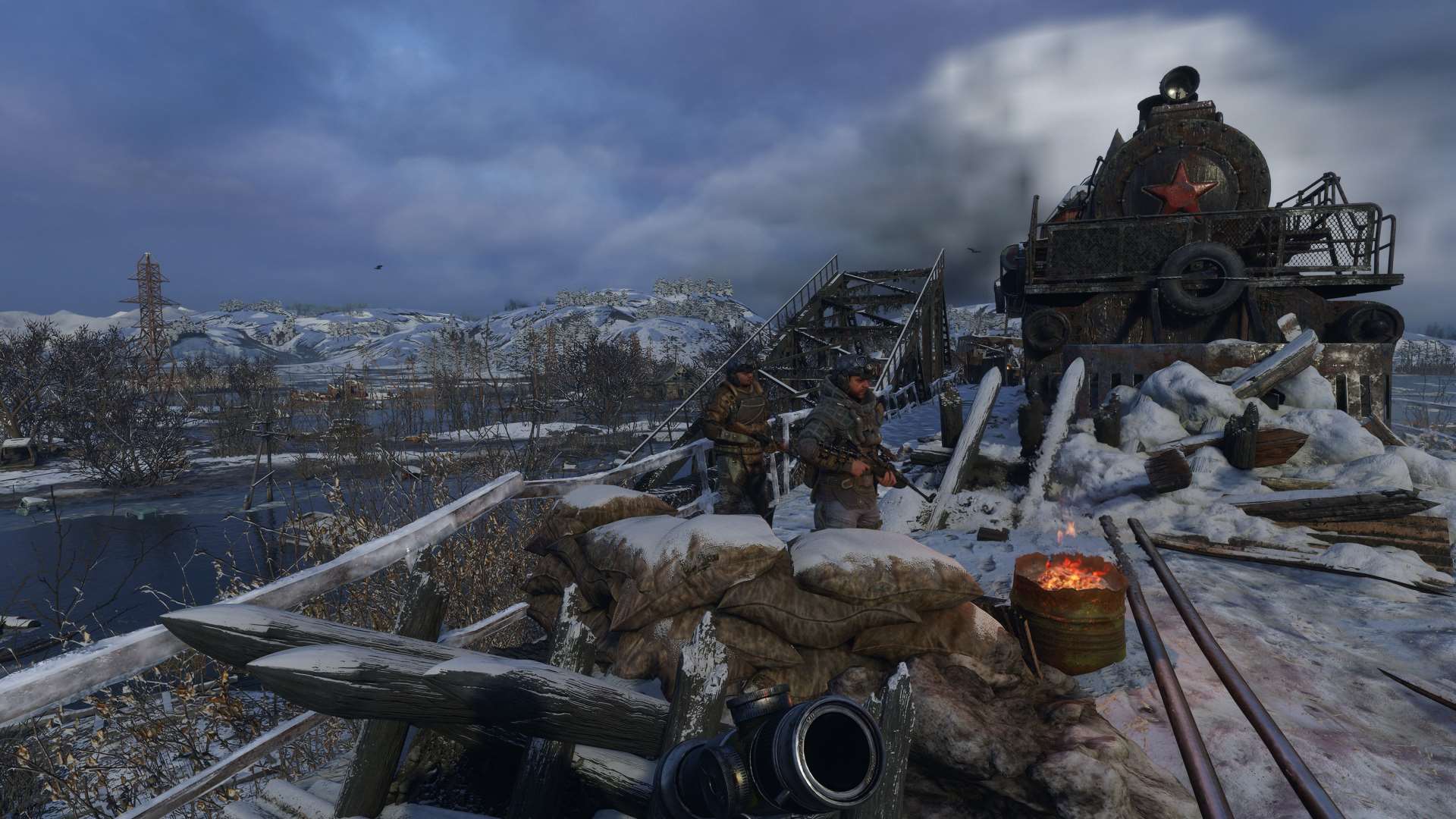 Even on the lowest graphics settings Metro Exodus’ game world looks fantastic, losing only a little geometry, shading, and the detailed reflections you see in the water. And so on the lower end of GPU hardware you can still get a great experience with the game.

But at the top settings it’s a demanding game and all that beauty makes sure not a drop of AMD or Nvidia’s mainstream GPU power is left untapped in search of that 60fps milestone. You’d best pack a few extra case fans and bone up on how to overclock your graphics card for your trip to the apocalypse if you want to game at the highest resolutions with anything less than a hyper-expensive GPU.