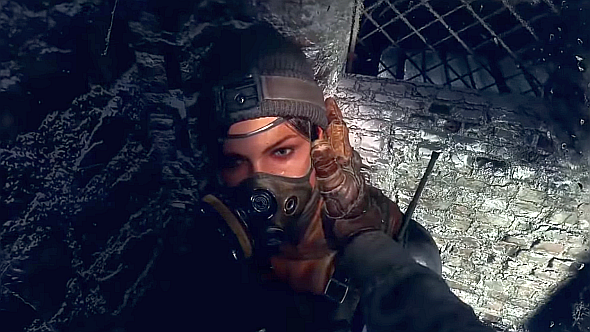 Metro Exodus’s script is “twice the size of Metro: Last Light, Metro: 2033, and all the DLC combined.” That’s according to John Bloch, executive producer at developer 4A Games, with whom we spoke at this year’s E3.

Emphasising the “core” importance of storytelling, well-written characters, and dialogue to the Metro series, Bloch says “we’ve brought it back but we’ve also ramped it up to another level on this one.” Anna and Miller will return alongside some new faces on your mobile base – an armoured train – and players will have plenty of opportunity to meet and learn about them all.

For more gun-based opposition to the forces of evil, nature, or whichever other primordial power you prefer, check out the best shooters on PC.

Indeed, Bloch says the cast of characters gathered around protagonist Artyom is the largest in any Metro game thus far – thus, eschewing intimate, one-on-one exchanges is just one more of many breaks from the norm set by the rest of the series. Over the course of your journey, however, the group will develop a family-like atmosphere every bit as tight-knit as your previous relationships.

Bloch’s comments about characters and narrative start at 4:25 in our interview below. We chat about plenty else, such as how the Metro feel can be preserved in Exodus’s more open settings and the new weapon modification/cleaning systems.

If you prefer the traditional ‘text’ format, we’ve gathered everything you might need to know about the game into one handy guide, covering the Metro Exodus release date(go on then – February 22), setting, gameplay, trailers to watch, and much more.