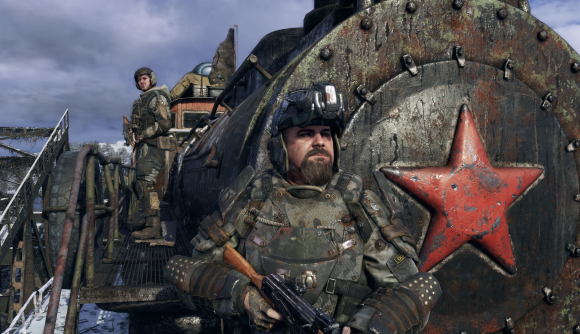 The author of the Metro series says that a quality story is more important than impressive graphical experience. Dmitiri Glukhovsky, who wrote the three Metro novels and is also working as a writer on the upcoming Metro Exodus, says that despite the improvements in graphics technology, “story comes first.”

In an interview with PCGamesN, Glukhovsky says that improvements in motion capture and facial animation have allowed developers to make significant leaps forward; If those aspects aren’t up to scratch, “when you want [characters] to play real deep or tragic stories, it can feel shallow. If they’re supposed to pronounce a deep monologue or having a fight, you can immediately have that emotional distance.”

While graphical improvements help audiences engage, Glukhovsky says they aren’t the be-all and end-all. “At the same time, it’s like with 3D movies. You go to a 3D movie, how long is it until you stop noticing that everything is 3D? Maybe five minutes? After that, it’s either the story clicks with you or it doesn’t.”

“If you go and watch a Transformers movie, you’ll throw up in about five minutes whether you’re wearing the [3D glasses] or not, because the story is so stupid. If you watch Breaking Bad, where there’s no 3D, and it’s on three sets, and the cast is about five people. And you can’t stop watching because it’s so thrilling, and compelling, and breathtaking. This is it. Story comes first.”

Glukhovsy goes on to say that “[The Metro books] are just stains of paint over paper. It’s the story and the fantasy that turns a brick of cellulose into a real world. Literature is a real magic, for people who know letters and words. One thing completes the other thing. Literature titillates your imagination – you are kind of co-creating this world when you imagine it while you’re reading it. When you play a game, everything is served to you on a dish. At the same time, when you can go and play, this is an immersive experience that’s pretty much unparalleled.”

Read more: Metro Exodus’ script is twice the length of both of the other games combined

It’s fair to say that, as a writer, Glukhovsy might be very slightly biased against the visual experience, but I’d say his comments bode well for Exodus’ narrative. Thankfully, we won’t have to wait very long to find out, as the Metro Exodus release date is February 15, meaning it’s less than a month until the Aurora heads out into the wastelands east of Moscow.