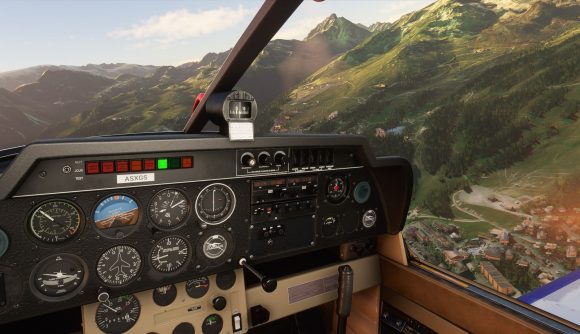 Now that Microsoft Flight Simulator has successfully launched and caught the praise of many, add-on creators have stepped in to provide features and additions to give the simulation game a fuller experience. For developer Aerosoft, that means introducing more airliners first and then more airports later.

Speaking to us, Product manager Mathijs Kok explains the airlines on offer may be sufficient for some, but perhaps not for others. “The ones in the simulator are not really suitable for the current flight simmers,” he says. “It might be okay for somebody who’s never used a flight sim, but people who are used to the PMDG aircraft will not like the airlines that are now in airports. There are some airports in the game which look really, really good. So the demand for those is a little bit less, and will come later.”

So what’s the studio working on? Kok tells us that there are a few airliners he would like to do first and that the studio hopes to release several major airports before the year is done. “We’re converting the CRJ with help from Microsoft and Asobo, which really, really helps our development team.

“Next, we’re working on the Twin Otter, because that’s the aircraft that I personally really like and it’s an ideal aircraft to explore this new sim in. When these two projects are done, we will start on the airbuses by doing the A320 first, and then the A330, A318, and A319.

“In scenery, we released a free version of Paderborn [airport] yesterday. We’re also working on our mega-airport range. Airports like Brussels will come pretty soon, and we hope to have six major airports ready before the end of the year.”

If you’ve not bought the new PC game yet, you can check out our Microsoft Flight Simulator review to help you decide. In short, we like it a lot.