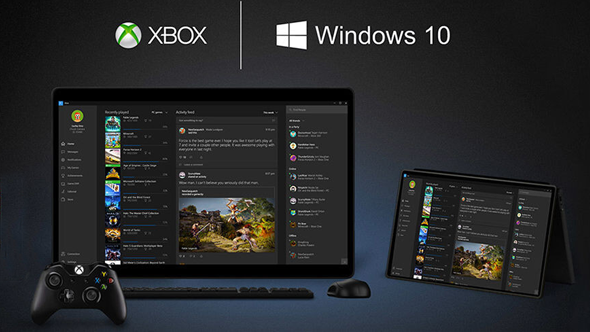 The reveal of the Xbox One X was Microsoft’s big move at this year’s E3, but they made plenty of overtures to us PC gamers as well. It’s all part of a “multi-pronged strategy,” according to director of Xbox marketing Kevin Unangst, to make their Windows 10/Xbox environment the best place to play games on PC. But we’ve heard this sort of talk before – are Microsoft ready to back it up?

Which of these classic PC games would you remaster if you could?

Microsoft are determined to make Windows 10 “the best operating system for gamers,” according to Mike Ybarra, president for Windows and Xbox gaming. “We have 21:9 resolution on some of our first party games, we have SLI and AMD Crossfire support in terms of having multiple graphics and GPUs.”

Ybarra and Unangst point to the changes introduced to the OS with its recent Creators update, chiefly Game Mode, and new features in the game bar to make it easier to record and stream your gameplay.

“If you select [Game Mode], it will give the game all the resources possible,” Ybarra says. “It puts the other things the operating system is doing on a PC in suspense.” And since “more people are watching gaming now,” Microsoft have introduced “built-in broadcasting where you can be playing a game, hit the button and immediately start broadcasting it for audiences to discover.”

It’s worth noting that Dave tested Game Mode when it first launched and didn’t find it too transformative; hopefully Microsoft have improved it since. 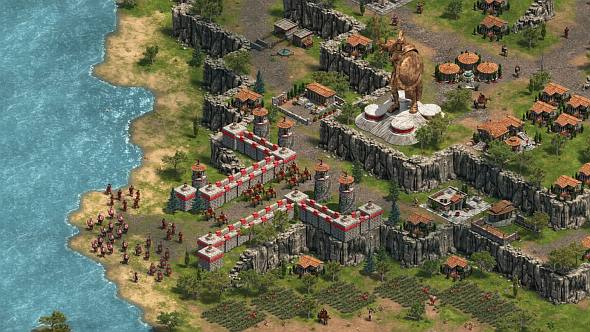 For PC gamers – especially those of us lucky enough to have been gaming in the ‘90s – Microsoft’s real headline at E3 wasn’t the new Xbox, but the announcement that the original Age of Empires is getting a comprehensive remaster.

“We want to treat PC like a first-class citizen,” Adam Isgreen, creative director at Microsoft Studios Publishing and the man in charge of the project, says. “That’s really important to us.” The attention to detail that’s being lavished on the remaster backs his words with action: it’s getting 4K UHD visuals, new zoom levels, rebalanced gameplay (to go with the Xbox Live multiplayer), and a remastered orchestral soundtrack. They’re even fixing historical inaccuracies in the in-game encyclopedia – “there is no such thing as a Nile alligator, but there is a Nile crocodile,” Isgreen says.

It’s very exciting for PC gamers of a certain age, and it’s all ours: “Age of Empires is a PC game. It’s not on console,” Isgreen says. “We’re not planning on putting it on console. It’s something we really want for PC players, and you might see more titles like that in the future from us.”

Indeed, Unangst says this decision is but the first step in a plan to look back at Microsoft’s portfolio and think “‘What are the things we want to play as PC gamers ourselves?’ We can modernise those. We’re going to go from here. Age of Empires is the beginning of all that… making sure the IP we build is for PC gamers.”

What other classic Microsoft titles would you like to see remastered? Some of the MechWarrior games, perhaps? Close Combat? Fury3 or Hellbender? Of course, remasters aren’t the only thing Microsoft can do to leverage its first-party games: maybe we can hope to see Halo: The Master Chief Collection come to PC. Finally. 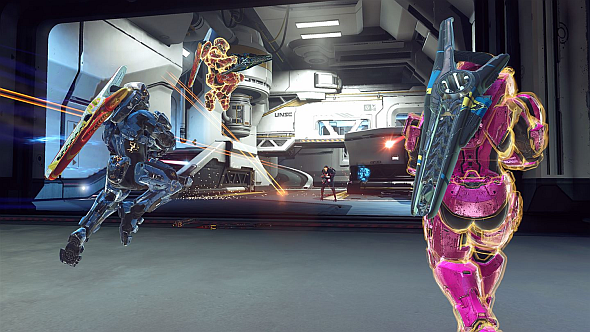 Microsoft’s dominance in PC operating systems and in the console space puts them in a unique position, one which, arguably, they could’ve done more to exploit in the past. However, it’s clear they’re looking to do so now with Play Anywhere, their push to release games across both PC and Xbox, allowing owners of one title to play it on the other platform.

“From a first party standpoint, I think Phil [Spencer] has said that we’re committed to having our franchises on PC and on console,” Ybarra says, and he’s confident that the opportunities of the shared audience will incentivise developers to play ball. “We have 18 Play Anywhere games at the moment, and we have 20 more on the roadmap, so developers are really embracing the fact that Xbox is giving them the widest variety of audience for them to play their games.”

One advantage Ybarra cites is combining the multiplayer pools across the PC and other console communities. Minecraft will be one of the first games to take advantage of that, as we learned in Microsoft’s E3 briefing.

“We can be in the same world, building together,” regardless of platform, Ybarra says. “I think you’re going to see a lot of developers taking advantage of that. Consumers will get the benefit because they’ll have way more people to meet with, socialise with, and build those worlds together with.”

Fragmented inputs present an obstacle for more competitive games – like Halo – but Microsoft are hoping to solve this, too. Phil Spencer told us last yearthat they plan to bring keyboard and mouse support to Xbox, and Ybarra reiterated this commitment:

“In the competitive space, if you’re on keyboard and mouse and I’m on controller, you have an advantage with the precision of that input. We want to give developers the option to support keyboard and mouse, and if they do, the option to say ‘Do you want to play with all keyboard people, or just controller people?’ So that’s something that’s on the roadmap still. We’re not announcing a date, but it’s definitely something we want to do.”

Isgreen says “if we have a Play Anywhere game, it’s on both console and PC, and the PC version will have the features that PC players want in it.” So it sounds like we can expect more than simple ports; we can expect PC games optimised for our platform, with bespoke features. 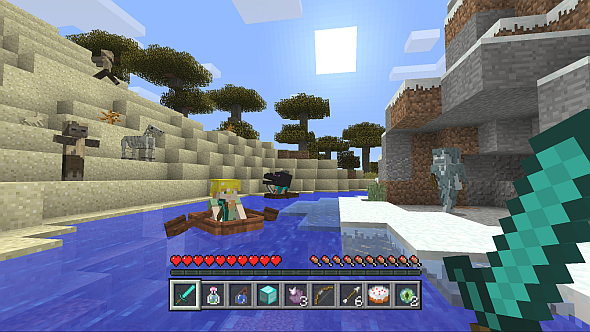 We’ve heard Microsoft say they’ve not forgotten about PC countless times before, but this year’s announcements are significant enough to match the rhetoric. Of course, they’re pushing the Win10/Xbox environment on a platform that’s dominated by Steam – tellingly, the Age of Empires remaster is on Windows Store only, whereas the Age of Empires II remaster is on Valve’s, where it’s benefitted immensely from mods and other community content.

If you’re sceptical that this conflict will resolve itself without any friction for gamers, I can’t say I blame you. Still, to the extent that Microsoft’s pitch is a better experience in the OS, and more and better games optimised for PC, their contribution is positive.

Can you see yourself spending more time in the Xbox app at the expense of your Steam account, given this strategy? Leave us your thoughts.