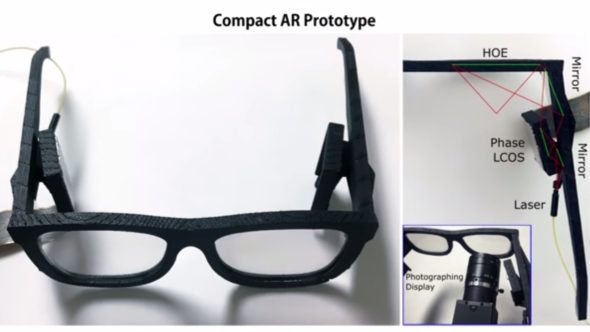 Every pants-wetting horror game needs good audio, and every horror fan needs good headphones. Check out our guide to the best gaming headsets.

Microsoft have been working on a true holographic display that fits in a pair of glasses. Far from the bulky AR headsets we’re used to, this new technology would be capable of creating truly 3D images.

Current AR headsets like Hololens project a different image onto each lens to fool the brain into thinking it’s seeing depth, whereas this new technique – called ‘phase-only holographic projection’ – would be able to create a genuinely three-dimensional image using mirrors, liquid crystal and our good friend silicon. These would sit inside the frame and lenses while the electronic elements attach to the glasses’ frame.

This tech is still a fair way off at this stage and at the moment doesn’t appear to be a priority for Microsoft’s engineers, but when it comes time for them to sink money and effort into them we could see some exciting gaming plus points.

Horror games in particular could stand to benefit from a well-executed mixed reality display. Phone-based horror game Night Terrors is a good proof-of-concept for this idea, using the phone’s camera to map the layout of the user’s house and the screen to project all manner of ghouls and monsters onto the backdrop. In combination with well-constructed 3D audio it makes for a pretty nerve-wracking experience. Now imagine how much the terror would be amped up if the screen was on your face, removing the fourth wall break of holding your phone up to your eyes.

And what about if you could play Resident Evil 7, but the terrifying house you’re trapped in isn’t the Baker mansion, but your own home? I’d never look at my kitchen the same way again.

Those with eye defects, such as astigmatism, would have no excuse for not joining in the terrifying fun either, as Microsoft say they’re able to adapt the hologram in real time to adapt to the user’s vision. Might be time to strap on the incontinence pants soon, then…