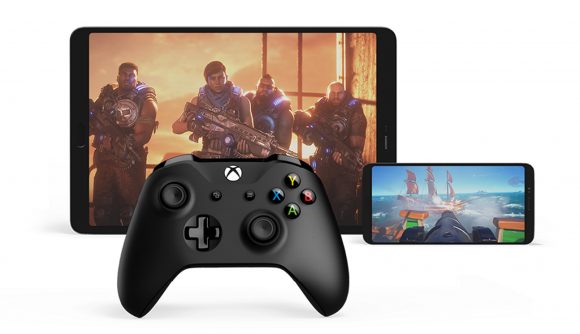 Microsoft has been quietly building up its game streaming solution, xCloud, over the past few months through a series of early tests and preview rollouts. Crucially, it has not yet been available on PC – but it seems that’s about to change. Xbox chief Phil Spencer appears to already be playing with xCloud on PC at home, and Microsoft plans to publicly talk about the platform soon.

This will be an extremely dev-focused event, but could split the difference between informing developers on xCloud’s features and offering up additional beta features to consumers, as well. Google certainly was willing to do both at once with Stadia’s announcement at GDC last year.

Phil Spencer is already playing with a new xCloud app at home, too – Reddit user An Xbox Dude snapped a picture of Spencer making use of ‘Xbox Game Streaming (Test App),’ which sure looks like an xCloud solution on PC.

Microsoft has already announced plans to bring xCloud to Windows PCs this year, and 2020 will also bring the option to play any games you own as well as Xbox Game Pass titles through the streaming service. The slow rollout and xCloud beta might just pay off for Microsoft, as the service is already looking substantially more, uh, substantial than Google Stadia. Maybe you won’t have to upgrade your PC for the Halo Infinite release date after all.