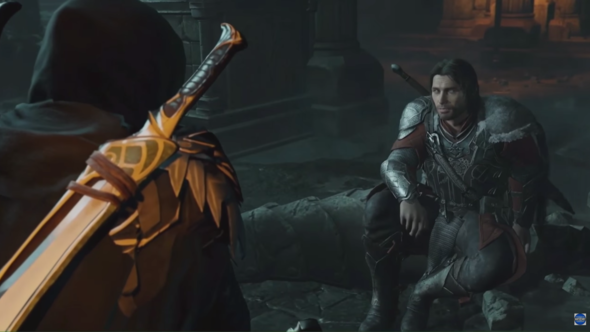 While Middle-earth: Shadow of War will feature loot boxes that can be unlocked using in-game currency, developers Monolith Productions have confirmed that if you want to expedite matters, you can spend your real-life money on them, too.

According to a recent blog on the Warner Bros. blog, the developers announced that two different loot goodies will be available: Loot Chests and War Chests. Loot Chests will contain weapons and armour, as well as XP Boosts, while the latter provide Orc followers of different types and strengths to put towards your army. There’ll also be Training Orders to customise and level up.

You’ll also be able to purchase XP Boosts and Bundles (which are “packaged up Loot Chests, War Chests, and Boosts”) separately, too.

To gather in-game currency, called Mirian, you need to take out Treasure Orcs and Orc followers, destroy stuff, or find stashes hidden throughout the game world. But you can also use your real-life hard-earned cash on Gold, too.

“Gold is a form of in-game currency awarded in small amounts at specific milestones and for participating in community challenges,” developers Monolith say. “It can also be purchased for real money […] by adding funds to your Steam Wallet. Along with Mirian, Gold can be used to purchase Loot Chests, War Chests and Boosts from the Market.”

How small or what those milestones might entail remains unclear. Although Monolith want us to know that “no content in the game is gated by Gold” and “all content can be acquired naturally through normal gameplay.”

However, in the Q&A section at the bottom of the page, the developers add that players can “save time” if they use Gold, as it “allows you to get your hands on them immediately, cutting down some of the additional time that would have been spent winning more battles, tracking nemeses, completing quests and assaulting fortresses.”

In better news, the developers are using Shadow of War as a platform to introduce the first ever black character to Lord of the Rings. Not only that, but he’s going to have an entire DLC set around him.