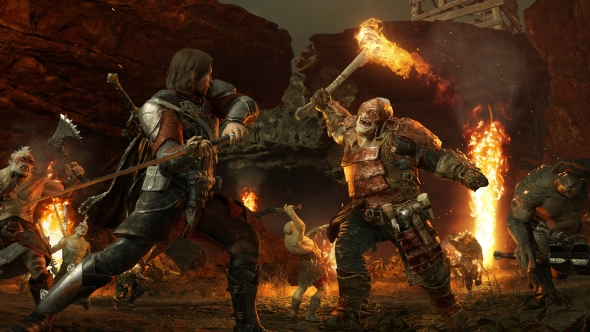 Monolith Productions is hiring up for its next project, and its job postings give some idea about what we should expect to see next from the Middle-earth: Shadow of Mordor and Shadow of War developer. Listings from last year suggest that the studio is working on an open world take on Tolkein’s fantasy world.

That’s based on two job postings in particular (via GameNuke). One listings asks for an advanced software engineer “specifically focused on the technical design and implementation of our new Open World Pipeline.” The candidate “will develop new pipelines enabling creation of a single scalable, stream-able contiguous open world.”

That position is backed up by a listing for an advanced technical artist, who will be “creating brand new open worlds” using Monolith’s Firebird engine, and a graphics-focused advanced software engineer who “should have an in-depth understanding of modern, real-time open world lighting systems.” Finally, a posting for a senior world artist asks for triple-A open world development experience. All of the aforementioned jobs were posted last year, with some listings dating back to October.

If it weren’t already clear, the wording of those postings makes it sound as though Monolith is hoping to expand upon the versions of Mordor that featured in its previous two games. While Shadow of Mordor and Shadow of War featured expansive levels, they weren’t ‘open-world’ in the traditional sense.

Elsewhere, it should come as no surprise that the studio’s Nemesis system is returning, but it could speak to a potential change of direction for the series. An advert for a principal technical artist asks for a developer to make “believable human characters that will interact with the player in our next Nemesis system based game.”

Related: Shadow of War has a free demo

In the Shadow games, only Orcs were included within the Nemesis system, which allowed NPCs your character came up against to learn from their encounters with you, and behave differently if they ever came up against you again. The suggestion that humans would also be included within the system could potentially point to a Middle-Earth game featuring more factions, but might also speak to an entirely new IP.

That’s all speculation, of course, but given that Monolith has previously posted job listings asking for “a love of sci-fi,” it is possible that they’re planning to move away from their Middle-Earth series for their next project. There’s been no official word on whatever that might be, however, and I imagine we’ll be waiting quite a while to find out.