There are game mechanics that define a generation. The regenerating health bar. The two-weapon limit. Dialogue wheels. In 2014, Shadow of Mordor’s Nemesis system appeared to be the new idea that would soon become game design 101. Yet, three years later and at the dawn of sequel Shadow of War, no other developer has attempted it. And I’ve got a simple question: why not?

When will our list of the best upcomming PC games feature a game with the Nemesis system?

The Nemesis system changed how an open world can feel. By generating and evolving individual orcs, the system makes it feel like there is a living world surrounding you. The uruks seem real, with lives and military careers that develop and change in response to both their rivalries with other orcs and your direct interactions. Importantly, the Nemesis system isn’t based on scripting; it dynamically creates new characters using a matrix of rules, and then inserts them into the world to create drama unique to every player. Suddenly any quest can have a proper, recurring villain without the need for excessive amounts of resources.

Resources are important in videogame development. It takes a huge amount of time and effort to make an open world, and it’s understandable why this creates a distinct line in the sand between narrative main missions that push the world forward, and side quests that seem purely incidental. Many developers have found value in small, bite-size distractions, which can be replicated numerous times over to create a large amount of content. While Shadow of Mordor also uses this template, its Nemesis orcs can crop up in any battle to heighten the drama of even a routine collecting task. They create a sense of cinema and narrative without the need for bespoke scripts, animation, and voice acting. 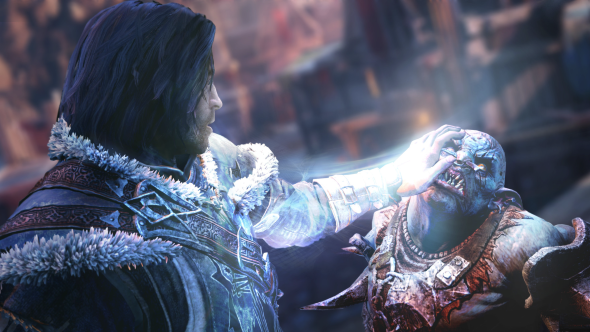 Not long after Shadow of Mordor’s release, Thomas Was Alone creator Mike Bithell wrote a blog post discussing not only how much he loved the Nemesis system, but how easy it was to put together. “This is a great system,” he wrote. “Pretty damn repeatable too, no reason that an indie game couldn’t do this on a text level.” He goes on to add: “There will of course be a whole heap of clones of this system.”

But, as time has told, there has not been a whole heap of clones. Not even a small, molehill sized heap of them. Instead there’s an upsetting lack of games using what is arguably the best mechanic of the last five years. And it’s baffling. Bithell explains in his post that the system is simple to replicate: you need only to create a pool of components that can be pieced together using rulesets in order to make believable characters. A fat orc model gets lines from the fat orc voice pack, and is given a humorous name regarding its size. While there’s plenty of effort that goes into making the initial pool, the resulting system can provide practically limitless opportunities in-game. That’s astonishingly effective resource management.

And so that’s why I’m writing this open letter to all developers out there: please, consider the Nemesis system. Practically every game system under the sun has been stolen and/or inspired another system, to the point that the majority of releases don’t include fresh ideas beyond narrative. So why not be influenced by a system that’s resource friendly and reliably and repeatedly creates interesting emergent stories that are fondly discussed by players?And I do mean influenced; I’m not suggesting that the mechanic be pilfered wholesale, orcs and all, but used as a foundation for interesting, procedurally-generated hierarchies that fit neatly new worlds. You wouldn’t want to be a cheap rip-off, afterall. 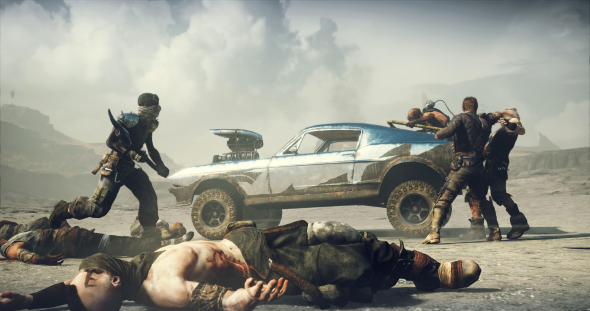 The last few years have seen several games that were simply begging to feature the Nemesis system. Mad Max, a perfectly competent, cookie-cutter open-world game, could have been elevated to 8/10 status with the use of a Nemesis system that created War Boys. The film series has featured all kinds of weirdly dressed, strangely behaved characters that act as Max’s antagonists. Their similarities to orcs, with their spiked accessories and ramshackle appearance, makes the system an obvious choice. It would have been fun to see War Boys fight among themselves for control of the tribal strongholds, being promoted to Imperator ranks, as well as see what weird car part they use as a replacement limb the next time you fight them.

Talking of car parts, automobiles are a huge part of Mad Max. It could have incorporated these into its own Nemesis system, with each War Boy having a car that became increasingly more absurd and dangerous. Blast their machine’s tires out in a race duel and next time they’d have huge metal guards covering the rubber. Fail to kill them time and again and their car evolves from spiked dune buggy to huge, battering ram of a truck. It’s a level of character that was missing from the released game’s cut-and-paste design, and arguably the only thing it would have required to be far more memorable.

A more recent example of a game begging for the system is Ghost Recon Wildlands. As it stands, its Bolivian drug cartel feels toothless and inconsequential. Key figures in the ranks go down as easy as their faceless henchmen, and there’s no danger to behold in anything other than their intel folders. Now, had the Nemesis system been used, the mere fact that it creates rivalries between characters and has them fight for promotion makes them a more frightening foe. 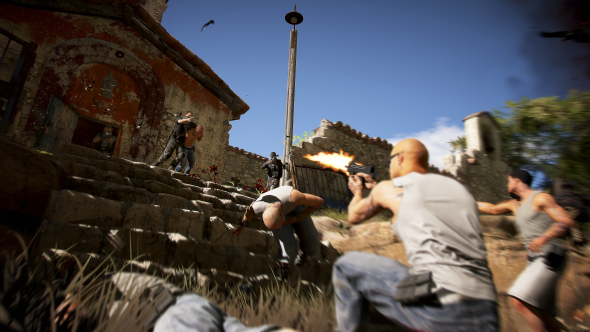 You can just imagine the career of a particularly successful cartel member: after escaping a raid by the Ghosts, he’s promoted to a local leader. Another run in with Tom Clancy’s finest sees his arm heavily scarred by shrapnel, but this doesn’t stop his ascent. A power vacuum left by another operation sees him fight his way into the upper-echelon. His journey’s all for nought though: just 20 hours into his virtual, AI programmed career, his newly-tattooed skull is punctured by a silenced shot from a Ghost.

As much as it makes perfect sense for Mad Max and Ghost Recon Wildlands to use the Nemesis system, there’s probably a good reason that they didn’t use it: the linear progression of time. See, games take a while to make, and both were likely well into pre-production in 2014. It would be mad to see Shadow of Mordor release and then decide to redesign your entire game from scratch to incorporate such a fundamental system.

But we’re now at the exact point in time where we should be seeing Shadow of Mordor’s influence on the world. You’d have expected E3 2016 to feature the reveal of at least one game including something akin to the Nemesis system, in one shape or another. But no, not a peep. Thankfully there’s another season of big announcements just a short few months away, and if there’s not at least a single Nemesis system copy among them I’ll be well and truly baffled.

To any developer currently not creating a game with a Nemesis system clone: please, for the love of unique player stories that are easily shared on Twitter, clone the Nemesis system. It’s the best gaming mechanic of the generation and its potential is being absolutely squandered.