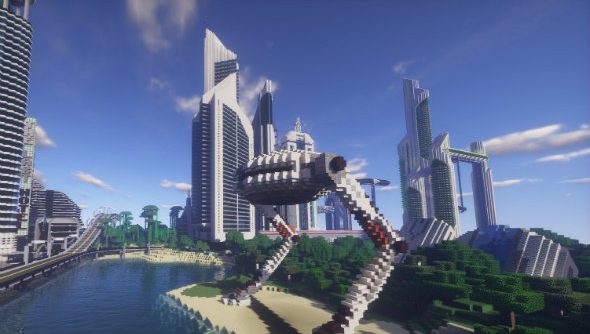 Minecraft players don’t want a Minecraft 2 – or so Microsoft has come to believe. Xbox head Phil Spencer has explained the company’s reason for not shipping a Minecraft sequel with the Xbox One: it’s their belief that players “just want Minecraft to get better”.

As part of a discussion with Eurogamer about game compatibility between console generations, Xbox head Phil Spencer predicted that “so many of the large, large games people are playing today are still going to exist when the next hardware comes out”.

“You’re not likely to see a ‘2’ after all those,” he says, “as people are trying to move you to the next version of those games.”

Enjoy sandbox PC games? Then we’ve got some recommendations for you.

Microsoft, who bought Minecraft in 2014, went through their own decision-making process about adding a 2 to the game and developing an all-new sequel – and decided against it.

“We didn’t ship Minecraft 2 on Xbox One to try to compel everybody to move to the next console, because that’s not what Minecraft players want,” Spencer says. “They just want Minecraft to get better.”

The whole Eurogamer interview is worth a read if you’re intrigued about the future of the Xbox. Here are our own thoughts on what a Minecraft 2 should look like, if we ever did get one, and our coverage of Microsoft’s E3 conference if you missed that.