Looking for the best Minecraft Dungeons enchantments? In Mojang’s upcoming hack-and-slash Minecraft spinoff, you can enchant all your weapons and armour and give your gear special abilities. To enchant your armour and weapons you’ll need to earn enchantment points by levelling up your character. You can level up quickly by completing levels and taking down enemy mobs, especially on the higher difficulty settings in Minecraft Dungeons.

As you collect better gear, you’ll be able to ‘salvage’ your old items to earn back any enchantment points you spent on it – which means you’re not beholden to any one item or object if you’ve spent a while funnelling enchantment points into it.

Each enchantment has a special trait that will apply to your weapon or armour, you can find all the Minecraft Dungeon enchantments and their abilities below. You can also improve on each enchantment by using enchantment points to increase its tier, with tier one enchantment costing one point, tier twos costing two points, and tier three buffs setting you back three points. 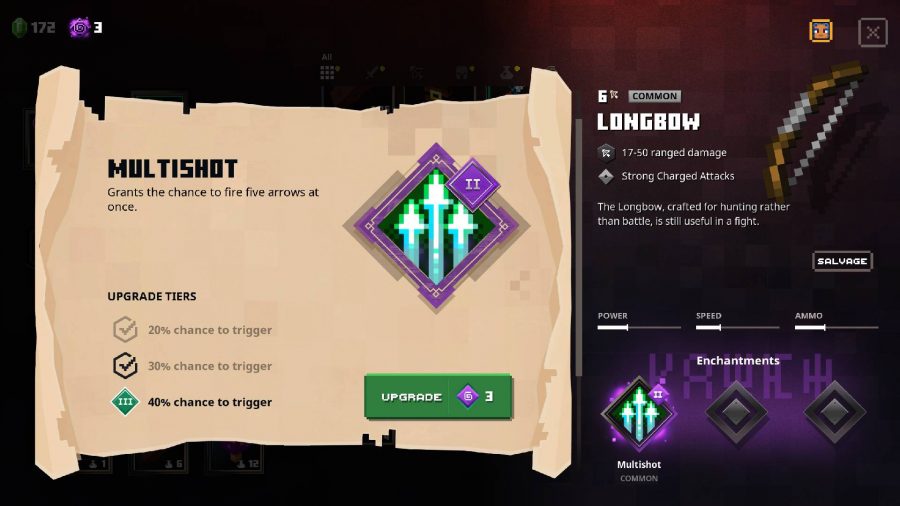 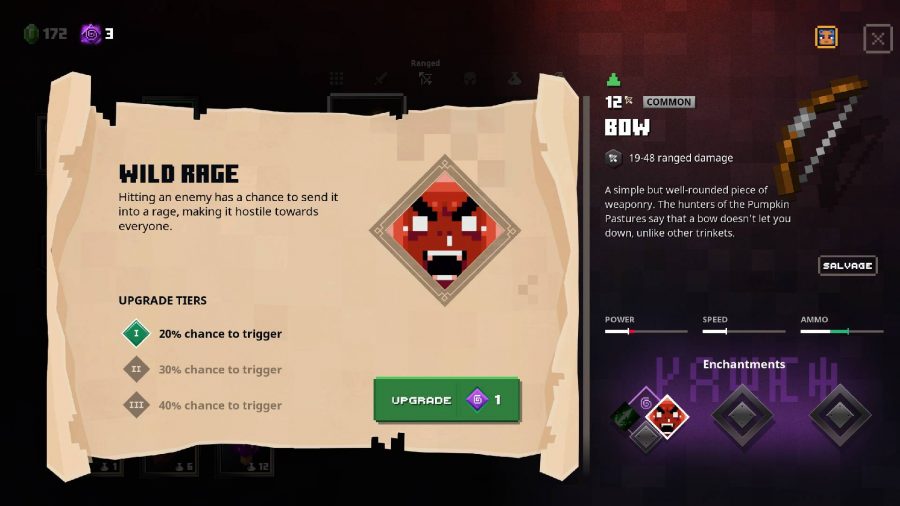 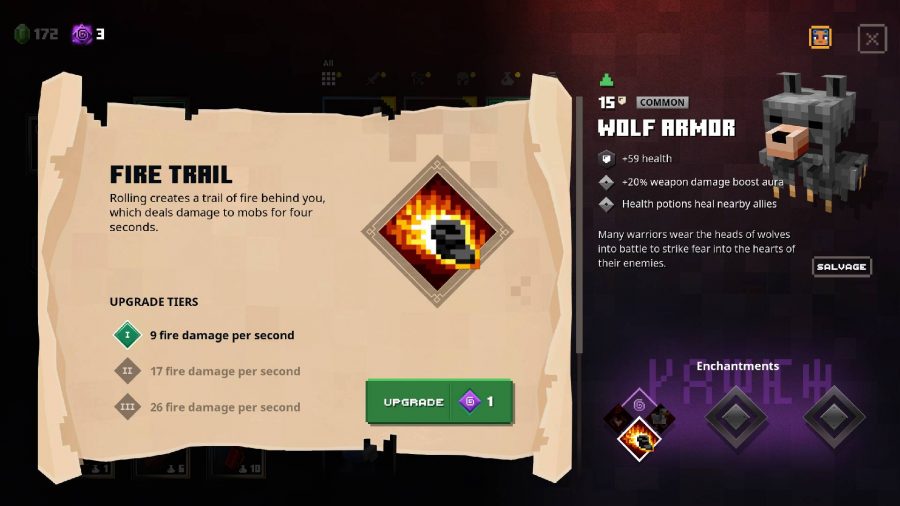 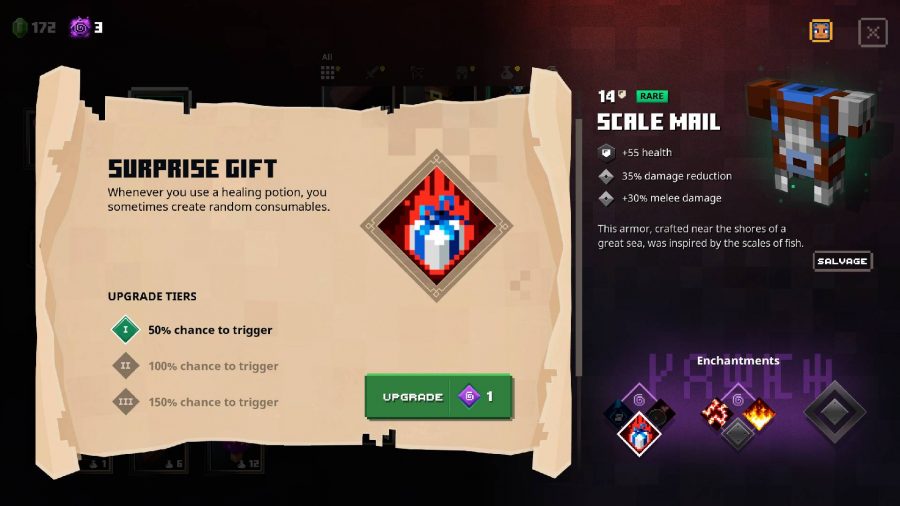 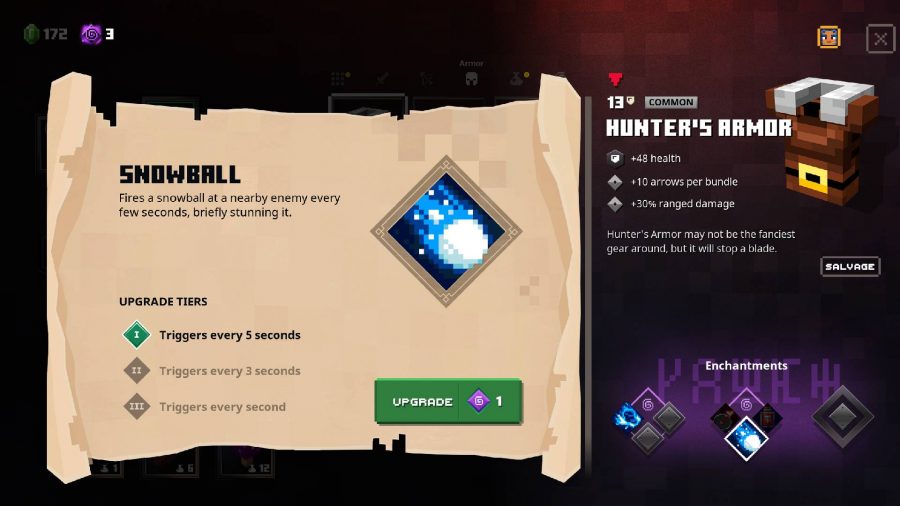 To use enchantments in Minecraft Dungeons, head to the main camp and bring up the inventory screen. It’s best to do this at the main camp and not while you’re mid-level, to avoid getting blindsided by a group of marauding creepers.