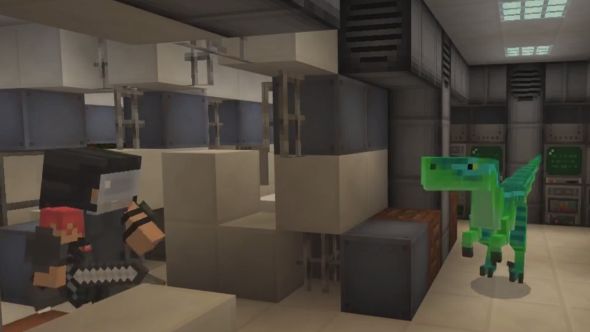 Minecraft Marketplace has added some new maps and survival spawns to the sandbox crafting game. With the new maps you can either head off on a Jurassic-Park-style dinosaur adventure or wreak havoc in a new monster battle arena map.

The first map is Dinosaur Island, a story-driven adventure on a mysterious exotic island populated by dinosaurs. There are four missions to complete, and a bunch of unique locations to explore, including a laboratory and some ancient ruins.

The second map, Monster Battle Arena, lets you pit monsters against each other in huge skirmishes. In the vein of games like Epic Battle Simulator, this mode is all about seeing who’ll come out on top in the arena. If you aren’t happy with simply watching the chaos unfold from a distance, you’ll be able to join the fray yourself to test your skills.

There are also two new survival spawns to try out in the new update. The first is an abandoned submarine, and the other is a meteorite impact crater. You can get your hands on all of the new content in the in-game Minecraft Marketplace right now.