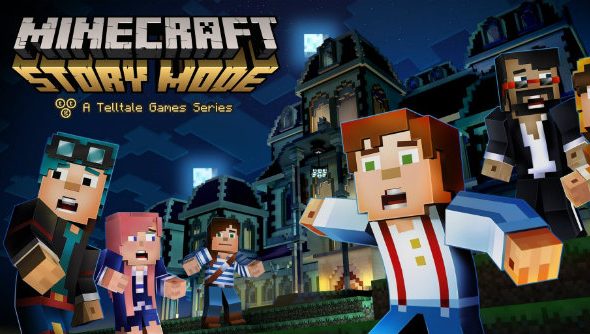 Update November 24: Yet more proof that you should never buy the first episode of a Telltale game, Minecraft: Story Mode’s first episode is free once more, this time on Steam.

Join Jesse and their friends as they take a trip across the Overworld, through the Nether, to the End, and beyond, though probably not all of that in the first episode, eh?

For more blockbusting, here’s our list of the best Minecraft seeds.

So if you’ve been holding off picking it up, grab it now on Steam while it’s free. The rest of the series is currently 50% off if you enjoy it, too.

Update October 25, 2016:Microsoft and Telltale have partnered up to offer Minecraft: Story Mode’s first episode for free to Windows 10 users.

If you’re willing to pop over to theMicrosoft store, you can download it for no pennies as of right now.

This follows a previous limited time offer, the details of which you can see below.

Original Story July 20, 2016: To celebrate the release of the Windows 10 Anniversary Update on August 2, Microsoft are giving awayMinecraft: Story Mode – Episode One and are offering the rest of the series at a heavy discount.

There’s also a free rollercoaster-themed Minecraft map up for grabs for the Windows 10 Edition, a free movie rental and some other bits that aren’t quite as exciting. You can check out the offers on the Windows Blog.

If you’re wondering what’s coming in the Windows 10 Anniversary update, click that link there and all the information is yours.

You have until July 29 to take advantage of the deals.

{"schema":{"page":{"content":{"headline":"Minecraft: Story Mode – Episode One is free on Steam for a limited time","type":"news","category":"minecraft-story-mode-a-telltale-games-series"},"user":{"loginstatus":false},"game":{"publisher":"Telltale Games","genre":"Survival","title":"Minecraft: Story Mode - A Telltale Games Series","genres":["Survival"]}}}}