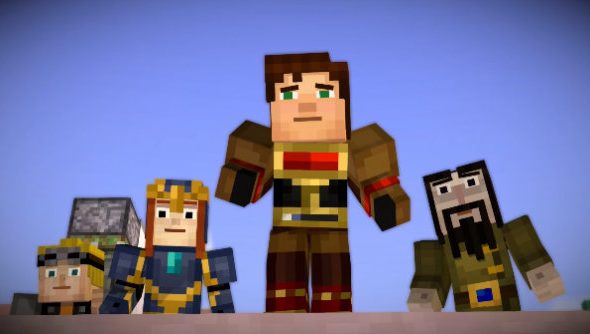 Telltale Games have announced that the seventh episode of Minecraft: Story Mode, Access Denied, will be out on July 26. It follows Jesse and crew as the hunt for a portal home, but they’re sidetracked by trying to help free enslaved people from a rogue artificial intelligence called PAMA. This is why you shouldn’t mess with redstone circuits.

Related: why not check out our list of the very best Minecraft seeds on PC.

PAMA – a sinister “thinking machine” – is determined to command everyone and everything in pursuit of optimal usefulness and efficiency. Apparently you’ll need to work with a new ally to defeat the corrupted computer and free the population it has enslaved.

PAMA is building an exit portal from its world, giving it a chance to take over other realms and make them “useful”. The only way to bring it down is for Jesse to step into a VR world and take the fight to the crazed AI.

The seventh episode of Minecraft: Story Mode will be available for $5, or as part of the three-episode Adventure Pass, which sells for $15. Whatever you choose, you’ll need to own the very first episode to play it.

It’s rather confusing, as this story is really a standalone adventure. Instead of adding a new season, TellTale are trickling in these extras. Either way, here’s the trailer for the new one: