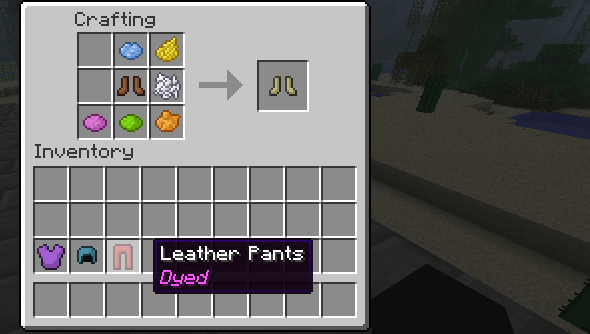 I’m not sure Mojang can help themselves any more. They just can’t stop telling us about new features that they’re trying to squeeze into the next Minecraft update, and the list is now growing almost by the day. We’d barely finished a round up of what to expect in version 1.4 when they revealed even more features that they were planning to squeeze in, and now they’re trying to get us excited about shoes. Well, guess what? It’s working.

A cryptic tweet from Mojang developer Nathan Adams led fans on a brief treasure hunt. Adams linked to an imgur screenshot of Minecraft in which five alphanumeric characters had been built. It didn’t take long for a resourceful redditor to flip the characters 180 degrees and reveal a code to a second imgur screenshot, leading them to the picture above and, with it, the promise of armour that you can dye according to your whims. It beats the bog-standard press release, at least.

Voila, pink shoes, lime green trousers and just about any other fashion disaster you can think of. I can’t wait.