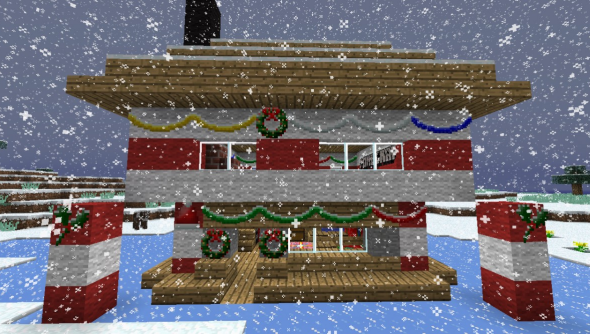 The most obvious inclusions in this update are functional fireworks and some special Christmas surprises, but there’s also a host of minor bug fixes and tweaks to the game that will tide us through on the way to Minecraft 1.5. Be sure to listen to Minecraft Christmas while you’re playing and, for maximum festivity, don’t forget to try the Christmas mods that allow you to build things like the house shown above. Ho ho ho!

And don’t forget to hoe, too, to plant your seeds.

Ahem. Click through to see an extremely detailed breakdown of version 1.4.6 .

Are you ready? Okay, here’s a change log courtesy of reddit’s brilliant redstonehelper: