Minecraft Java Edition has always operated pretty much as-is following developer Mojang’s acquisition by Microsoft. Bedrock Edition came along to integrate with the Microsoft account system, but Java’s been on its own little Mojang account island – until now. Java Edition will soon require a Microsoft account to play, but you’ll at least be getting a free cape for your troubles.

In early 2021, you will be required to move your Java or Mojang account over to the Microsoft account system. Mojang says this is primarily to introduce two-factor authentication for increased security, though it’ll also lead to improved parental controls, chat and invitation blocking, and account integration between Minecraft and Minecraft Dungeons.

As for Minecraft mods and PvP, Mojang says absolutely nothing is changing. Java and Bedrock will continue to be entirely separate games. You’ll be able to keep using your in-game Java username, though if you’re creating a Microsoft account for the first time, you might have to swap account names. If you already have a Microsoft account, of course, you’ll be able to merge your Minecraft sign in right away.

To ease the pain of the switch, Mojang is giving away what was once Java Edition’s most exclusive item: a cape. You’ll get a free cape for participating in the migration, and while it won’t feature the exclusive patterns of the Minecon mantles, it will finally give everyone an opportunity to feel royal for a bit. 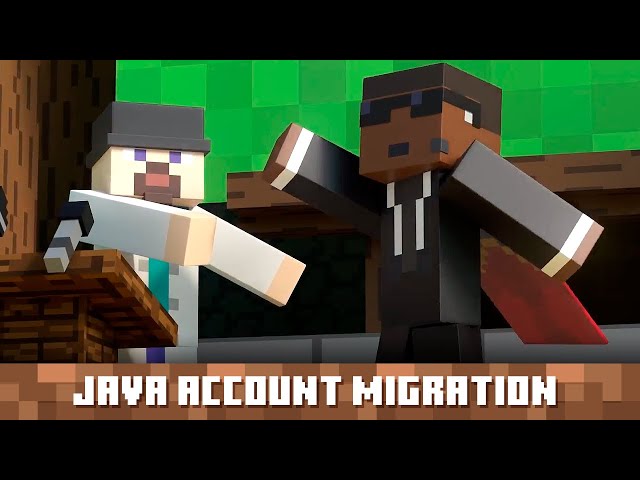 While nothing immediate is changing, players do have some concerns – notably, that Microsoft’s more stringent terms of service might make bans more common, locking some players out of access to Minecraft.

You can get further details in the official announcement and FAQ. We’ll see how it shakes out in early 2021.