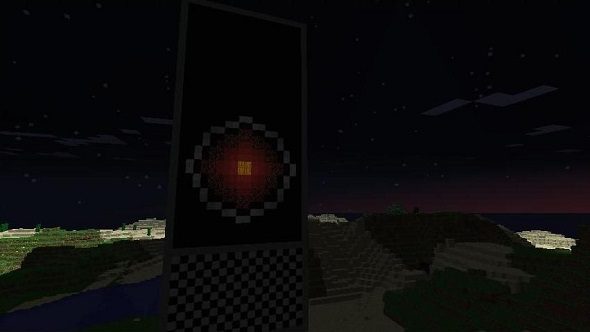 It’ll only be a matter of time before someone programs a working copy of Minecraft in Minecraft. Moving on from 16-bit computers or giant calculators, a working AI chatbot has been created in vanilla Minecraft using redstone, Command Blocks and some form of black magic.

For more mod madness, check out these top Minecraft mods.

Created by Minecraft YouTuber Onnowhere, this AI chatbot has its own text interface, a memory log that can be preprogrammed with responses, as well as the potential for self-learning. Named Albert, this chatbot will store all previous messages within its memory log and is able to pick a response based on the conversation history between you and the AI.

According to Onnowhere, it took around 1300 command blocks to create Albert and the actual way it handles data input is fascinating but way too complicated to explain briefly, so you can read all the nitty gritty information in the video above. It involves letters corresponding to specific wool or clay blocks, an infinitely expanding memory log, the AI constructing answers by scanning through past messages and other sorts of technical wizardry which should not be possible in one game.

Onnowhere also includes a guide for importing pre programmed Albert data, should you wish to experiment with this AI yourself. It requires some knowledge of how to use MCEdit but Onnowhere walks fellow players through the basics.

Expect this AI to be used in upcoming adventure maps for specific puzzle sections or just by other YouTubers to make a robot say rude words. Just watch out if a special ‘Skynet’ version of Albert comes out in the near future. Definitely be nice to that one.