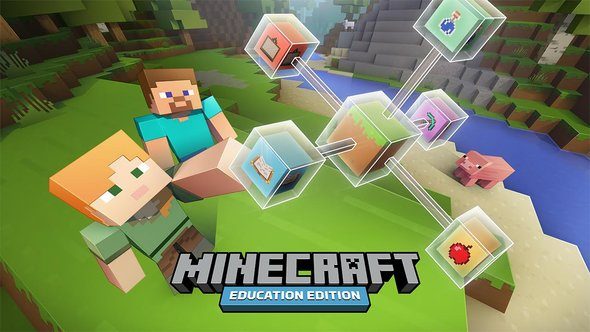 Minecraft’s Education Edition was released last November, allowing teachers at certain academic institutions to teach within the environment of the Minecraft world. The platform is a fairly versatile one and students have been known to study many subjects, from physics to art history to foreign languages, within the engine. As of yesterday, we can add programming to that list thanks to the code builder extension.

Bling up your Steve with this list of the best Minecraft skins.

Currently available in the beta version of the software, the code builder extension is a tool that shows up in game as a robot. By learning certain code commands, students can make the robot perform numerous tasks such as moving and building. While the feature is intended to be used via ‘learn-to-code’ platforms like Tynker and Scratch, users can code in whatever language they like providing they know it.

Minecraft: Education Edition is available to certain schools in certain countries. You can learn more about the platform over at the official website.