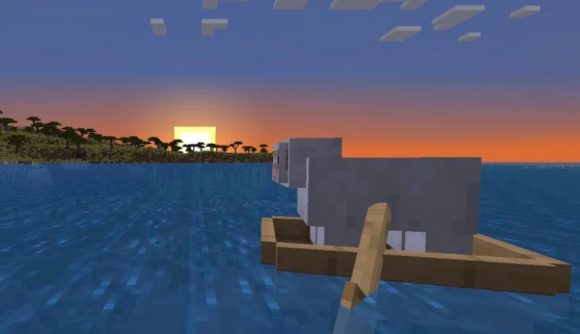 We’re now a few weeks into 2022, and the Minecraft devs are getting back into the weekly snapshot routine. Mojang has launched snapshot 22W03A, a beta release which introduces a few of the smaller fixes that’ll be the focus of 1.18.2. Then the devs say it’ll be “full speed ahead towards the Wild update”.

The big addition in this snapshot is a new command called ‘placefeature’. This will allow you to, er, place features. In other words, objects like trees, grass, and other things that generate naturally in the world rather than being placed can now be put down wherever you like, as long as you don’t mind enabling cheats. This should be particularly useful to datapack creators.

As producer Adrian Östergård says on Twitter, “we’re heading towards 1.18.2 to fix a few issues, and after that, it’s full speed ahead towards the Wild update.” The Wild update is set to launch sometime in 2021, but as we await the Minecraft 1.19 release date, we’ll see many of the new features show up in playable form early thanks to snapshots like these.

You can see full details on today’s snapshot on the official site.

If you need help figuring out how to get into Minecraft beta versions, you can follow that link.