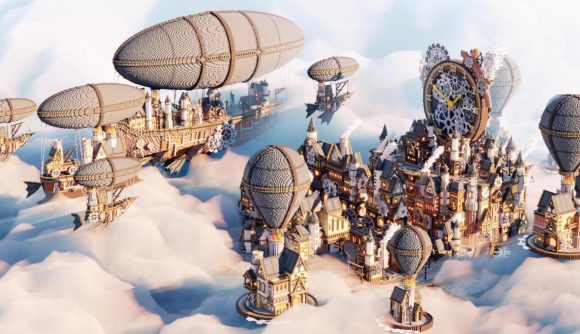 Over a decade after the ultimate building game made its debut, Minecraft builds are continuing to impress. Today, it’s a gorgeous steampunk city that took a team of experienced builders over half-a-year to put together, and the results are something to behold.

“Aderlyon Build Team presents the Steampunk City, a floating metropolis surrounded by its airships,” the creators say in the description of the video below. “This massive 800×800 city was created by many members of the Aderlyon team, and is one of our biggest projects yet!” The team says it took seven months to both put the build together and record the timelapse.

The build itself is available over on Planet Minecraft, so you can download it to directly explore the creation yourself. Aderlyon Build Team also handles commissions, so if you’re interested in paying somebody else to make your Minecraft dreams come true, you can get more details on the group’s official site. (Or just check out more amazing-looking builds.)

Take a closer look at the Steampunk City below. 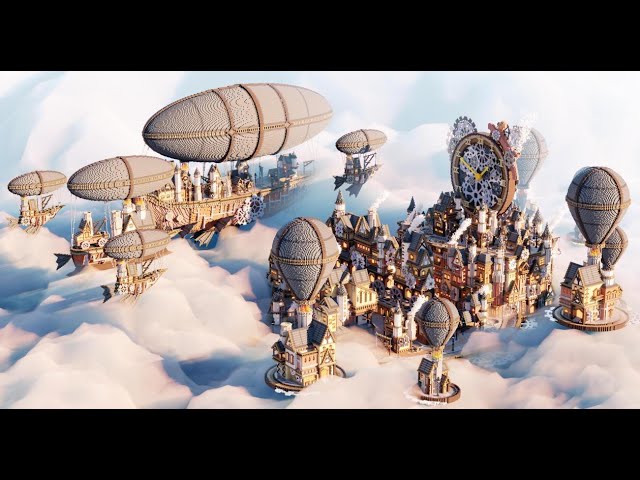 Even with the Minecraft 1.17 release date some time away, the community shows no signs of slowing down.