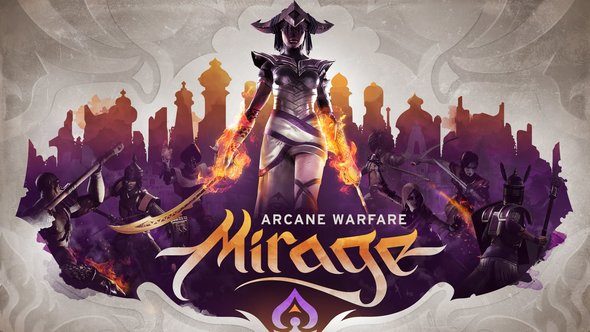 Torn Banner Studios have already proven that they know how to put together a solid first-person melee-focused FPS with the excellent Chivalry: Medieval Warfare. So it’s pleasing to be able to announce that their latest title and spiritual successor to Chivalry, Mirage: Arcane Warfare, just got an enormous nine new maps added to its closed beta.

Prefer your FPS experiences to be a little more conventional? Then check out our list of the best FPS games on PC.

If you’re out of the loop on Mirage, I highly recommend checking out this run-down of what it’s all about. The magic ‘n melee multiplayer combat game is already shaping up to be a pretty unique experience, with chubby carpet-riding wizards flying into battle against mace-wielding bull-men. All of this plays out against a backdrop of surreal Arabian-esque maps, containing a plethora of game modes, such as capture point, deathmatch and payload. A selection of the new maps include:

Academy appears to be some sort of ornate academic establishment.

Rock Bottom seems to be some kind of mining village which just oozes atmosphere.

The patch also adds a series of gameplay tweaks and improvements implemented by the team based on feedback from current beta testers, as well as adding a pretty hefty character customization system. In addition, there has also been a full refresh of the game’s maps, removing the current line-up and installing a new playlist of levels.

Mirage: Arcane Warfare officially launches on May 23, but you can get into the beta right now by pre-ordering it on Steam for $29.99/£22.99