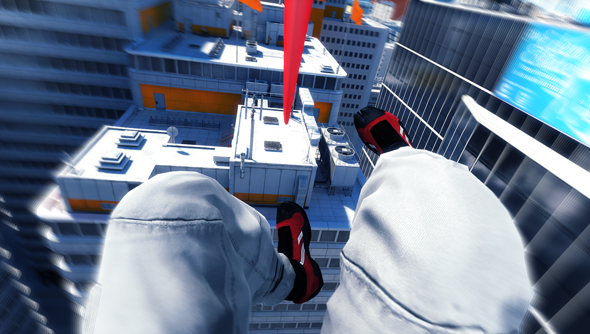 Following recent leaks suggesting online retailers would soon be taking preorders for a sequel to Dice’s excellent free-running action game, we’ve learned that EA have updated their ownership of a mirrorsedge2.com domain that was registered back in 2007.

The retailer leaks were promising but dubious bits of evidence. Yes, retailers are unlikely to flat out make something up but it’s a second hand source at best. EA’s recent update to the mirrorsedge2.com domain, a domain that was created, but left untouched, back in 2007 is significantly more suggestive that an announcement is ready to be made at this year’s E3.

Before we run away with ourselves, let’s look at what we actually know, because there is a fair bit to dampen the prospects of a sequel being announced at next week’s trade show.

Just last week DICE were stating their main focus was Battlefield 4, that doesn’t deny that they could be working on other games but it doesn’t sound hopeful. Second, just because EA have updated the domain, moving it over to their servers, doesn’t mean they’re doing anything with it. EA registered domains for Battlefield 13 through 20 last month and that doesn’t mean the publisher is already pushing active development on those titles, simply safeguarding them for the future.

I really want DICE and EA to be working on a sequel to Mirror’s Edge but don’t get your hopes up just yet.